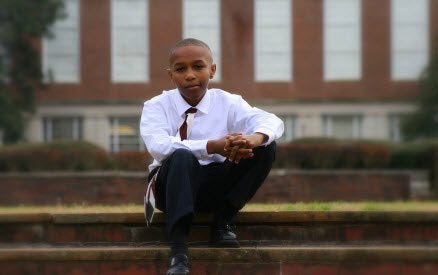 Using the University of Pennsylvania’s Center for High Impact Philanthropy’s recent release of its Annual High Impact Giving Guide as a springboard, last week The New York Times ran a short series in the Business section on the role that highly effective nonprofits play for young people who have become disconnected from educational organizations and/or employment services. Relaying the Social Science Research Council’s finding that nearly one in eight people between the ages of 16 and 24 are considered disconnected, the two-part series focuses on the support that four national nonprofits have provided to four tenacious individuals who are now carving out their futures.

Significantly, the piece gives each individual space to speak for him or herself with a note that some condensing and editing have been done. Chris, 19, of Chelsea, Mass, says referring to Youth Villages, “They actually talk to you as if you’re an adult, not just an appointment.” He adds, “I’m not fully on my feet, but Youth Villages gave me the tools. Now I need to use the tools to survive.” Echoing this same appreciation for the respect that he found from a nonprofit, Rodney Alston Jr., 24, of New York City says about the Center for Employment Opportunities, “C.E.O. helped me learn to control my temper, they asked me about my life—they actually worried about me, my family.”  Maria Carrera, 28, of New York City describes how her immigration status kept her in a kind of holding pattern until she was able to get into Year Up, which has since helped her to figure out a path to a career in banking. Aineias Clanton, 22, of Philadelphia, talks about how proud he is of his role as a co-parent and includes a photo of himself holding his daughter at his YouthBuild graduation.

For broader context on the collective role of these effective nonprofits, the Times cites Mark E. Courtney, a professor at the University of Chicago’s School of Social Service Administration who explains, “Social policy change is also needed.” Expanding on a familiar issue for people in the nonprofit field, he adds, nonprofits “are only able to serve a small proportion of the population who could benefit from them.” Still, he explains, “These programs do what good parents do: They have faith that we will do well in the world.” Courtney also shares feedback from participants from these programs, which he says, is typically: “I was welcome, they had faith in me, they’re not afraid of me.” He told the Times, “that’s really important, because the messages they get from society is the opposite.”

Interestingly, in both parts of this series, the Times includes a text box with a note asking readers to share any related stories that they may have about help they themselves have received in times of need:

At a time when philanthropic giving is focused on impact, The New York Times would like to hear from people who have received help after going through a personal loss, such as that of a friend or family member, or a natural disaster. Please share your story using the form below. Your comments may be published, but your contact information will not.

This is typical of the New York Times in the last couple of years; the paper frequently asks readers for stories related to newsworthy events or situations, such as survivors of mass killings, teens coping with anxiety, or immigrants who’ve won diversity visas. However, for a paper of record like the New York Times to humanize the oft-lamented disconnected youth and emphasize the value of treating them with respect is significant. To put the onus of reengaging these youths on the society that left them behind, rather than on their overburdened backs, marks a significant shift (or at least a helpful push) in the right direction, and we’re pleased to see it. —Anne Eigeman

Disclosure: A member of NPQ’s board of directors is on the leadership staff at Youth Villages.