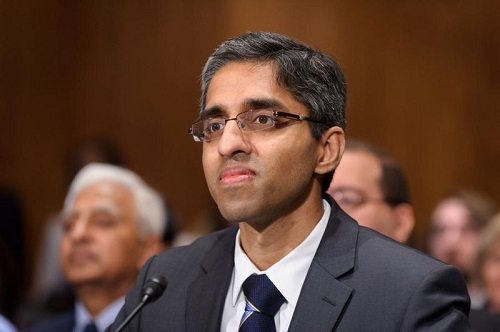 On Monday, the Senate confirmed (through a 51-43 vote) the next U.S. surgeon general: Vivek Murthy, who also has some significant ties to the nonprofit medical community through his previous activism.

At 37, Murthy is the youngest and first Indian American candidate to the fill the role. He currently works as an associate physician at Boston’s prestigious Brigham and Women’s Hospital. President Barack Obama first named Murthy as his choice in November of last year. His confirmation comes 17 months without someone in the position.

“As ‘America’s Doctor,’ Vivek will hit the ground running to make sure every American has the information they need to keep themselves and their families safe,” Obama said in a statement. “He’ll bring his lifetime of experience promoting public health to bear on priorities ranging from stopping new diseases to helping our kids grow up healthy and strong.”

In 2009, he founded Doctors for America (formerly Doctors for Obama), an advocacy group on healthcare issues. The group comprises about 16,000 volunteers and medical students leading a national movement toward an affordable healthcare system. With an established background fusing medicine with humanitarian relief, Murthy’s confirmation will bring another outspoken advocate to the nonprofit world.

However, Murthy’s nomination also generated open opposition from Republicans, the National Rifle Association, and some Democrats over his comments characterizing gun violence as a national health concern. Two years ago, on October 16, 2012, from his personal Twitter account, Murthy wrote:

In his opening remarks in front of the Senate nominating committee in February, Murthy listed mental illness, obesity, tobacco-related deaths, and gun violence, as among the issues he would like to address. But he also noted, “I do not intend to use the Surgeon General’s Office as a bully pulpit for gun control.”

Despite the generally overhyped controversy surrounding Murthy’s political views, his strong track record of community awareness and activism is promising.

“We can no longer remain within our exam rooms and ignore what happens in our communities,” said Murthy in a commencement speech at his alma mater, Harvard University. “As physicians and dentists, we must have a presence in both places. Our sacred responsibility is both to help the patient in front of us and also to safeguard the health of the nation.”—Shafaq Hasan