Newman’s Own Foundation to Donate $30 Million This Year 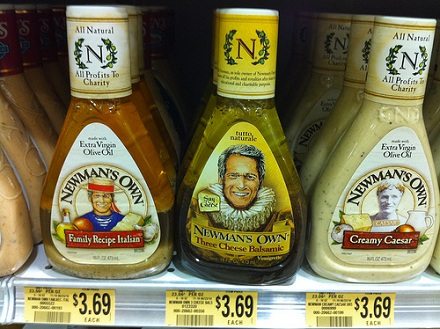 To celebrate 30 years of Newman’s Own, the food and beverage company founded by the late actor Paul Newman, the Newman’s Own Foundation has announced that it will give away $30 million to various charities this year. Newman’s Own has donated more than $340 million to charity since 1982, and as the Wall Street Journal notes, it did so “long before B corporations came into existence and before a tie to charity became a fashionable way to market a consumer product.”

With the announcement of the $30 million in grants this year, 2012 will become Newman’s Own’s biggest year for funding yet. WSJ reports that grants will go to nonprofits “that work in the areas of nutrition, children with severe medical conditions or who have had a disrupted childhood, empowerment of people and promoting philanthropy, which would include “everything from supporting wounded veterans to encouraging play for children to initiatives that cultivate corporate philanthropy and boost the efforts of young people working for social change.”

When it became clear to Newman that his salad dressing was going to make a profit, Newman said, “Let’s give it all away.” Now, even after his death, he’ll be doing so in a major way. –Mike Keefe-Feldman