Next Wave of Smartphone Giving Arrives in UK 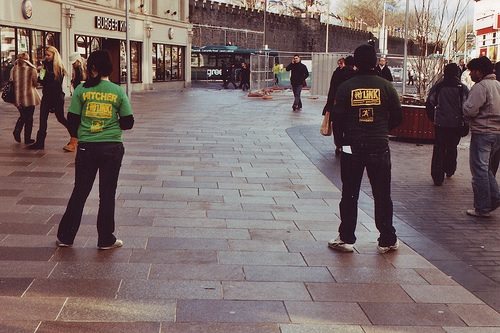 The future of “contactless giving” to your favorite nonprofit has now arrived in England. A British medical charity is partnering with Clear Channel Outdoor to allow donations to be made using smart phones and window displays.

How does it work? Four window displays in the offices of Cancer Research UK (CRUK) are designed to allow persons to donate by simply touching their cellphone or credit card to the window. A radio-frequency identification (RFID) chip makes this possible by communicating with the display. (Credit cards in the USA don’t typically have these RFID chips.) After the money is donated, donors then receive access to a video showing how the money will be used to fight cancer.

According to the Daily Mail, the concept—a world first, the charity says—“marks a welcome move away from ‘charity muggers’ or chuggers.” “Chuggers” is a slang term for the persons who are paid to stand in shopping areas and seek to sign up passers-by to pledge plans. There is a growing public backlash against such street solicitors. Recently, many charities have been searching for less aggressive ways to raise money.

The CRUK display will be available 24 hours a day until February 13, which is World Cancer Day. CRUK’s director of innovation, Paul Clarke, said, “We also see this as a great opportunity to use our highly visible shops in 570 locations across the country as a new marketing channel, using interactive creativity that really engages with our supporters old and new.”—Jeanne Allen