NFL Push for Minority Coaches Tackled for a Loss 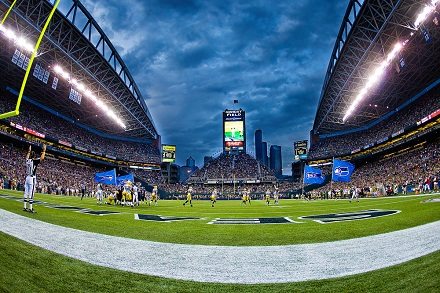 The tax-exempt NFL’s minority recruitment and hiring process seems to have stumbled coming out of the backfield and been tackled for a loss measured not in yards, but in the diversity of NFL coaches. This season, eight NFL head coaches were fired, including two people of color. In their place, eight new non-minority coaches were hired. The NFL, a 501(c)(6) business association (meaning that it is tax-exempt but donations to the NFL cannot be treated as charitable tax deductions), responded to this issue in 2003 with the adoption of the Rooney Rule.

Named after Dan Rooney, who was the owner of the Pittsburgh Steelers and the chair of the NFL’s diversity committee, the Rooney Rule requires teams to interview at least one minority candidate for head coach and senior management openings before making any hires. The Steelers have always been as committed to minority hiring as any team, including hiring current head coach Mike Tomlin.

Unfortunately, it has long appeared that some teams treat the Rooney Rule as a pro forma hurdle to be circumvented. For example, we noted that the Washington Redskins interviewed a minority candidate even though the team was already set to hire Mike Shanahan, a non-minority, to replace the hapless Jim Zorn, another non-minority, as head coach. Nonetheless, since the adoption of the Rooney Rule, requiring team owners to take note of the existence of minority candidates for head coaching jobs did somehow result in a higher proportion of minority hires. But not this time around.

It seems that minority candidates for NFL head coaching jobs have the best chance of being hired if they are a team’s assistant coach, perhaps an offensive or defensive coordinator – or if they are on a team that fires its non-minority head coach in mid-season, as former Indianapolis Colts coach and now-ESPN commentator Tony Dungy observed. In fact, since 2007, when the Steelers hired Mike Tomlin, Ron Rivera of the Carolina Panthers has been the only minority hire as head coach who wasn’t previously employed by the team as an assistant coach or an interim head coach.

For its part, the League office has initiated an inquiry into what happened with this year’s non-minority entourage of new head coaches. Remember that if we take the NFL’s tax status seriously, it is a trade association. It doesn’t own the teams, but the teams sign on to standards and policies that they are supposed to follow as members. Can you imagine a foundation or nonprofit trade association asking its members why, despite vaunted commitments to diversity, they continue to hire non-minorities for their top slots? We have seen efforts, such as the diversity initiatives of the Council on Foundations, meant to encourage the development of a stronger pipeline for minority recruitment, but nothing that is even as strong as the easily circumvented Rooney Rule, much less an NFL-like willingness to look into recent hires to figure out why minorities were not hired.

There is good reason for the NFL to pay attention to questions of minority leadership. More than 70 percent of NFL players are persons of color. It makes sense that there should be a bit more racial and ethnic symmetry in the ranks of the NFL’s coaching staff, right? Doesn’t that sound like a consideration that, given the statistics on minority leadership, should apply to the nonprofit and foundation sectors as well?

In fairness to the NFL, the nonprofit sector hasn’t exactly been burning up the airwaves with its commitment to diversify the racial composition of executive directors and board members. In fact, the nonprofit sector’s leadership organizations (aside from the Council on Foundations, in response to California legislation) have not even raised the issue as an important element of their self-regulatory agendas. –Rick Cohen