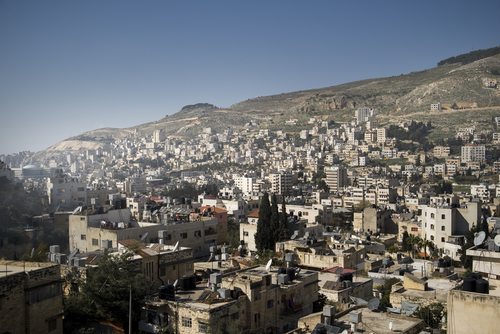 Regardless of where one stands on the specific underlying issues that the NGOs might be addressing, one has to respect how some NGO staff put their personal reputations and physical safety on the line on a regular basis. For example, a Palestinian working for Yesh Din, an Israeli human rights group that provides legal assistance to West Bank Palestinians, was attacked and beaten up by settlers as he monitored Palestinian road-paving south of the city of Nablus. Although the Palestinians were working on an approved project and even accompanied by Israeli Defense Force and Civil Administration staff, settlers drawn to the site by something called the Committee for Settlers in Samaria showed up to harass the workers, throw stones at Palestinian homes, and ultimately beat up the Yesh Din investigator, Munir Kadus. The IDF personnel reportedly didn’t intervene to stop the settlers’ attack.

Just being beaten up and hospitalized isn’t the worst of the dangers faced by employees of NGOs. In Kabul last week, five Taliban gunmen attacked a guesthouse of a San Francisco-based NGO called Roots of Peace, holding several non-Afghanis hostage in the process. The ostensible reason for the attack, as announced by a Taliban spokesperson, was that the NGO was reportedly engaged in converting Muslims to Christianity, though an overriding rationale might have been the upcoming Afghanistan elections and a demonstration of the vulnerability of Kabul itself to Taliban attacks.

Now that Egyptian military chief Abdel Fattah el-Sisi has declared that he is running for president of the country, Egypt’s crackdown on NGOs, both pre- and post-Morsi, looks destined to continue and deepen under a stronger military government. Remember that Sisi is the leader who warned that the “army is a fire… Do not play against it and do not play with it.” As the UN’s undersecretary general for emergency relief, Valerie Amos, noted last week, in Syria, there has been absolutely no improvement in conditions for the delivery of humanitarian aid since the Security Council’s February 22nd resolution calling for unimpeded access, most of which she attributed to governmental noncooperation, including holding up food aid at checkpoints and removing medicines from aid trucks. In Syria and in Egypt, working for an NGO is increasingly dangerous business.

In some cases, there are questions about the independence and integrity of some NGOs. Recently, a representative of a Chinese NGO called the China Association for Preservation and Development of Tibetan Culture tried to attend a meeting of the United Nations Human Rights Council in Geneva, Switzerland. There, he was caught taking close-range pictures of a woman who was testifying that her father was serving a life sentence in a Chinese prison for his political activities. UN representatives deemed the photography “intimidation” and took away the NGO employee’s pass to attend UN meetings. The New York Times went to Beijing to investigate the NGO and basically discovered that the NGO is pretty clearly controlled by the Chinese government and not particularly representative of Tibetan interests and concerns. In this case, it probably took some courage on the part of UN personnel to kick out a phony NGO representative who was probably working for the Chinese government.

When nonprofits think about the challenges and obstacles of doing nonprofit work, consider the issues of working for an NGO on the front lines of the major crises in the world today and remember the courage that it takes to do what so many NGO workers do.—Rick Cohen