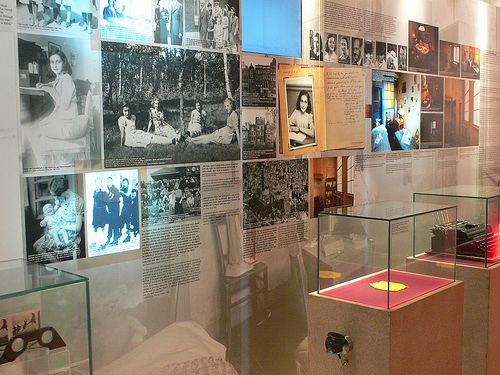 A sordid conflict has erupted in a Netherlands civil court over the legacy of Anne Frank, the heroic young teenage Dutch Jew whose diary, written while in hiding from the Nazis during World War II, is one of the best-selling works of any kind in history. The legal tangle is over which organization, the Swiss-based Anne Frank Fund or the Anne Frank Foundation in Amsterdam, gets permanent possession and control over the Frank family archive, which contains 25,000 letters, photographs, and other documents chronicling several generations of the Franks. The Frank family archive has been on loan from the Fund to the Foundation since 2007, and while the case is still pending, the Dutch court has issued a provisional ruling that the Fund is not entitled to immediate return of the weightily symbolic cache, as the judges found that the loan agreement was for a term of at least ten years. The sordid element is an accusation published last Wednesday by Fund board member Yves Kugelmann associating the Foundation with the evil tactics of the Third Reich, stating, “in the 1940s, the Frank family had its possessions seized by the Germans and their accomplices. Now a Dutch institution is trying again to carry out a seizure.” Mr. Kugelmann confirmed the authenticity of the quote later to a reporter, compounding the wounds of his callous insensitivity by stating that, “It’s just a matter of fact.”

Painful accusations aside, the wind isn’t yet blowing in favor of either organization’s position. Addressing Kugelmann’s cruel calumny, David Barnouw, a researcher at the Netherlands’ Institute for War, Holocaust, and Genocide, stated the Nazi comparison is “not fair,” but that he is not certain whether the Fund or the Foundation has the legitimate claim at this point to the Frank archive. The Fund is lead by Buddy Elias, a cousin of Anne Frank’s, and his agency wants the archive for a new Frank Family Center to be located at the Jewish Museum in Frankfurt, the birthplace of Anne Frank.

The root of the dispute stems from Anne’s father, Otto Frank, and his separate actions on behalf of both organizations before his death in 1980. He consulted in the establishment of the Anne Frank House at the site of his family’s arrest by the Nazis, but he left the publishing rights to Anne’s diary to the Fund, as the jewel of his family estate. The fund, which uses earnings from the sales of the diary to support its charitable and educational activities, has in the past accused the Foundation of over-commercialization of Anne’s legacy. The Fund, in part for this reason, sued without success to wrest Anne Frank’s name away from the Foundation and its House by asking a Swiss Court in 1997 to rule the name a trademark and grant the Fund exclusive rights to it.

The world is not yet a safe place for all people if someone like Kugelmann, who was entrusted with stewarding the legacy of one of the Holocaust’s greatest heroines, can accuse an agency with the same mission of acting like Nazis. Here at NPQ, we hope both sides and all interested parties will get a just result as the Dutch court decides who is entitled to lawful possession of the Frank family archive.—Louis Altman