Nipsey Hussle’s Vision: Community Ownership as the Antidote to Gentrification 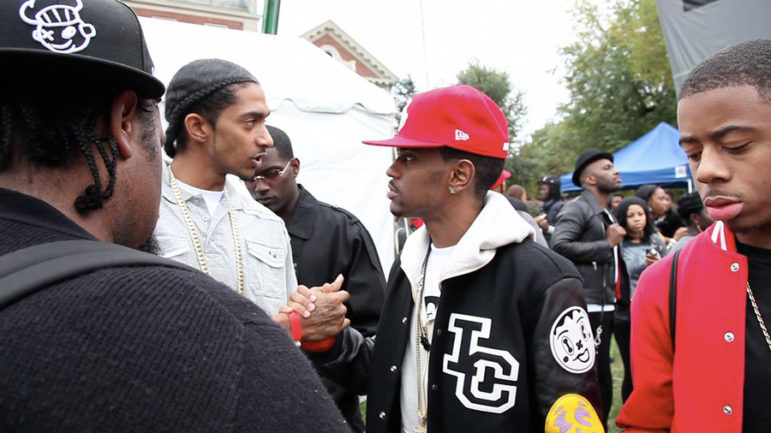 “Nipsey Hussle’s stretch of Slauson Avenue has largely been overlooked by the gentrification boom that has transformed so many neighborhoods of Los Angeles,” writes Angel Jennings in the Los Angeles Times. But, “in the months before Hussle was gunned down in front of his clothing store in late March, the rapper was working to bring economic development to the blighted blocks around Slauson and Crenshaw Boulevard, but on his own terms.”

Hussle “wanted more for his community, but he wanted to the changes to be driven from within,” Jennings explains. NPQ wrote last month about Hussle’s community development work, but, according to Jennings, there was a much more extensive vision beyond the programs he was able to implement during his life, cut short at the age of 33.

The vision was to create an investment fund and then “crowdfund from each community and give residents an ownership stake in every project created in their neighborhood.” His ambition was not limited to Los Angeles. Hussle (born Ermias Asghedom), together with his business partner, real estate developer David Gross, had hoped to develop an investment fund called “Our Opportunity” to apply this shared ownership model to “every large, majority black city to, in a systematic way, acquire and develop transformative projects,” according to Gross, who grew up in South LA.

Gross added that Hussle “wanted to be a symbol and really spark a movement. Basically, it was the economic version of Black Lives Matter. [That] is what we were trying to create.”

Hussle wanted to use the Opportunity Zone program—a program that, as NPQ has covered, allows taxpayers to reduce capital gains payments if they invest in low-income neighborhoods. In theory, the investments support economic development in these areas, but these types of projects often have the effect of gentrifying neighborhood and displacing longterm residents, rather than improving the conditions of current residents and their neighborhoods.

John Lettieri, CEO of the Economic Innovation Group, was part of a coalition that successfully lobbied Congress to create opportunity zones, but he concedes that the risk of gentrification is real. To avoid this outcome, Lettieri tells Jennings, local governments and community groups need to draft strategies that protect residents—which was effectively what Hussle had in mind. “We were excited about what they were pulling together,” Lettieri said to Jennings. “I think we can see that happening on a national scale thanks to opportunity zones.”

Before his death, the neighborhood around Hussle was already beginning to change:

Anticipation of the $2 billion Crenshaw Metro rail line…has driven up home prices nearby and pushed out some long-time residents and black-owned small businesses. So, in the last years of his life, Hussle worked to cement African Americans’ place by partnering with city officials and community members to create the Destination Crenshaw art project.

Hussle also supported other projects to bring services like safe playgrounds and grocery stores to the neighborhood.

Another idea Hussle and Gross had was to build on the L-shape strip mall; the land was purchased last January. “They were going to add 80 units of apartments and condos on top of shops with healthy food options. Like with the larger investment fund, the duo wanted to make their neighbors their business partners,” Jennings explains. Specifically, according to Gross, 20 percent of the housing units would be for residents of the neighborhood, with residents having a partial ownership stake.

Of course, Hussle’s work was just in its beginning stages. The particulars of many of these projects had yet to be fully developed. We don’t know for sure how well—or poorly—they would have worked. What we do know is that Hussle sought a vision in which in order to invest in a community, the residents of that community would share in the ownership and therefore become direct beneficiaries of any equity gains that development provided.

California Deputy Treasurer Jovan Agee observes that Hussle helped to show how a community can build wealth. “He really had to scratch and scrape to get into a position of acknowledgement,” Agee explained. “What he did is a blue-collar approach to economic development and self-wealth building that others can replicate.”—Steve Dubb