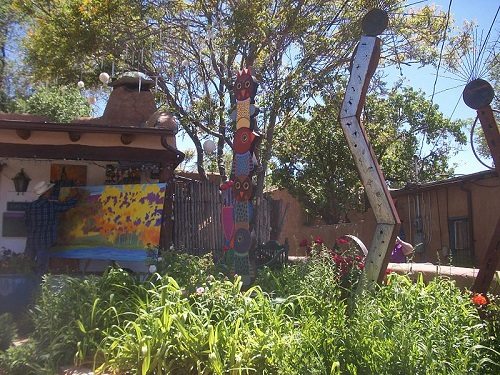 A nonprofit in New Mexico is working with students in nine schools to mitigate the debilitating effects that poverty has had on students in the Santa Fe Public School District and elsewhere in the area.

Communities in Schools New Mexico is a nonprofit grassroots organization that is a part of a number of other local groups coming together to aid students coming from homes struggling financially. Founded in 1998, the organization was originally called the Salazar Partnership and was created to provide academic, medical, and extracurricular support for students at Salazar Elementary in Santa Fe. As the nonprofit began helping more schools in different cities across New Mexico, it changed its name and was eventually incorporated into the larger national nonprofit, Communities in Schools.

The services the nonprofit provides range from working with teachers and nurses at the schools to helping one student work through his issues with algebra. However, in addition to providing the requisite academic support, Communities in Schools New Mexico also recognizes how complementary emotional help often is to solving academic problems.

“What happens outside in a student’s day-to-day life is not separate from what goes on in school,” said Julia Bergen, the state director of Communities in Schools New Mexico. “They are connected.”

Currently, 70 percent of the Santa Fe school district lives below the poverty line. At Salazar Elementary, the school first serviced by the nonprofit when it started, 100 percent of the almost 400 students are on a free or reduced lunch plan. Last year, 80 students at Salazar were continuously monitored by and received sustained services from the nonprofit.

“Poverty is complex,” as Andrea Slatopolsky, program director for the group, puts it. “It causes many symptoms. And it takes many, many people to alleviate those symptoms.” This complexity may explain why nearly half of Santa Fe’s public schools received a “D” or lower this year in their annual assessment by the state’s Public Education Department. This assessment is based on the students’ academic performance and growth at these schools.

The assessment’s results show that the grades that schools receive often correlate to the poverty level of their district. Two public schools this year that received “A’s” in the assessment have among the lowest poverty rates in their school district, while the two schools that received “F’s” have poverty rates in the range of 80 to 100 percent. However, this correlation is not perfect; Turquoise Trail Charter Elementary School, which has a 69 percent poverty rate, also received an “A.”

Recognizing the need to understand poverty’s impact on education, Communities for Schools New Mexico has started to track its progress. Last year, their program included 4,000 students across the state, and of those students, 320 received continuous services and support.—Shafaq Hasan