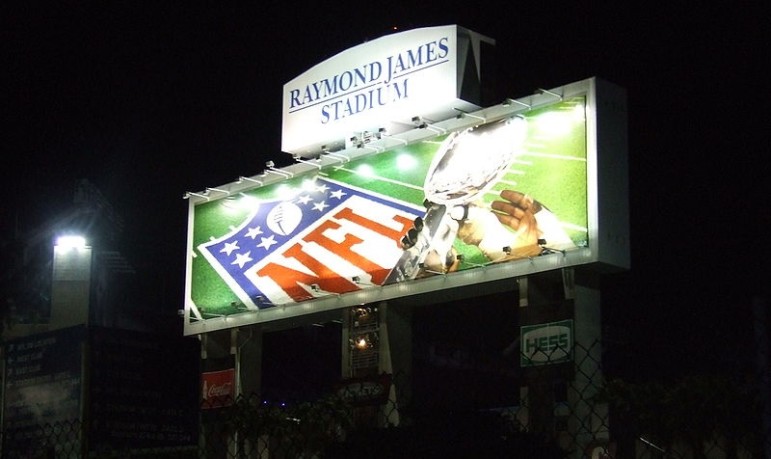 The National Football League (NFL) and Commissioner Roger Goodell are no strangers to controversy. The League and its leadership have seesawed in and out of the spotlight over recent years, and not necessarily just for celebrity quarterbacks and statement halftime shows. From what many considered to be the NFL’s lackadaisical response to recurring incidences of alleged domestic violence involving its players to worries over the safety of the sport and its role in concussions and other traumatic head injuries, professional football is no longer just a game. The latest contention? Less than one month after the culmination of the post-season, two nonprofit groups are accusing Commissioner Goodell and the NFL of aggressively promoting fantasy sports to its youngest fans—synthetic competitions they say can ultimately lead to potentially harmful and dangerous gambling addictions later in life.

This week, the National Council on Problem Gambling (NCPG) and the Campaign for a Commercial-Free Childhood (CCFC) penned a letter to Goodell urging the League to cease fantasy football marketing to children. Specifically, the letter references NFL Rush Fantasy, a weekly game series based on chance that awards prizes like video games to players aged 6 to 12. The contests are available on smartphone apps and online, including sites like SIKids.com (), a virtual Sports Illustrated for children.

In the letter, Keith Whyte, executive director of NCPG, outlines what he categorizes as concerning consistencies seen in those suffering from gambling problems, including starting at a young age and self-classifying as a sports enthusiast. The letter further argues that the NFL’s referring to a $5,000 cash prize as a “scholarship” is confusing and misleading, especially for children who might mistake fantasy gaming as a sure shot way to pay for education. The NFL’s response has been minimal so far. Only Brian McCarthy, a spokesman from the League, has commented, telling the Associated Press that the games require parent consent prior to a child participating.

Read the mission statements of NCPG and CCFC, and it will be no surprise that they are advocacy organizations in true form. The organizations’ appeal to the largest professional sports league by revenue is in of itself an unapologetic attempt to influence attitudes and change behaviors. Readers may recall that the NFL used to characterize itself as a nonprofit organization. Reacting to growing public and Congressional criticism of its identity as a nonprofit, the NFL just last year made the decision to do away with its 501(c)(6) tax-exempt status.  This move, however, didn’t escape public suspicions that the League simply wanted to keep quiet the enormous salaries of its executives. Form 990 or not, it goes without saying that the NFL has long been viewed as a full-fledged private corporation, perhaps just operating under the guise of a “not organized for profit” classification.

While the discussion over the NFL’s marketing practices is not likely going away any time soon, this debate is yet another example of when sectors collide, whether for good, or lack thereof. Positive impact resulting from private companies and their leaders delivering operational support and guidance to nonprofit counterparts occurs every day in boardrooms and during consulting sessions. Countless nonprofit organizations have benefited from the strategic direction offered to them by wiser and more “in touch” establishments. Similarly, examples of nonprofit pressure on companies and governments to adjust practices for the betterment of society are not hard to come by either. Among the most notable platforms for such petitions is Change.org, where nonprofit organizations and regular citizens can create campaigns and work with decision makers to create solutions to societal problems. Nonprofit organizations are usually small but can be mighty conduits of change, oftentimes serving as the impetus for companies to adopt a corporate social responsibility (CSR) mindset.

Although it has yet to be seen how these particular advocacy groups will fare in influencing the NFL to switch up its game plan, you can bet these sectors will continue to intertwine, ultimately affecting both bottom lines and societal outcomes.—Lindsay Walker