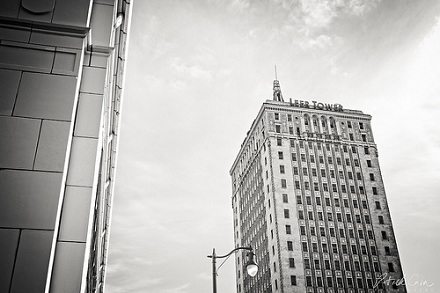 In Birmingham, Ala., the 92-year-old, 20-story Leer Tower has loomed over the city for years—empty. Now, a newly minted nonprofit, registered with the state only 10 days ago, will attempt to buy and renovate it. The nonprofit is called Thomas Jefferson Tower, Incorporated, as the building was formerly the Thomas Jefferson Hotel.

The name “Leer Tower” came with the building’s very rocky and temporary ownership by the Leer Corporation, which bought the building with intentions of a $20 million residential space renovation, but was unable to get financing during the recession. The building went into foreclosure and went back to its former owners, who are now offering it for $1.5 million. Renovation costs, of course, are likely to be sky high, with the cost of asbestos removal alone being estimated at $1 million. This article reports that the nonprofit is working with the city and others to leverage grants.

NPQ would love to hear more about this story from locals or those in the know. –Ruth McCambridge