BoardSource’s Board Governance Index: Is Your Board “Normal”? 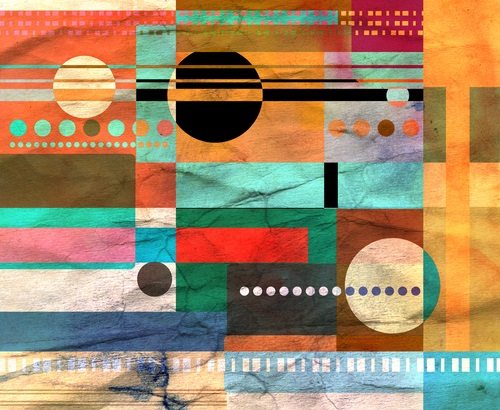 Dear NPQ Research Partner: What do you want to know about nonprofit boards?

Last year, as you may remember, NPQ covered covered the findings of BoardSource’s profile of America’s nonprofit boards. The findings were enormously revealing, focused as they were in part on issues of diversity. As BoardSource prepares for its next national board survey, they want you to help them decide the questions on which to focus. They will share their results with NPQ, of course, and we will share them with you, but we need you to participate to make sure the questions they ask are relevant to you. Please take this short survey, and then come back to “Is Your Board Normal?” to read through last year’s findings—if you have not already done so.

We do caution that this data is self-reported and therefore prone to subjectivity—and that subjectivity, by the way, comes from a place that is older, whiter, and more male than we all wish it were. Still, the information gives us a backdrop of impressions that can help guide future thinking and action on nonprofit boards.

The 2014 BoardSource Governance Index is based on responses from 878 nonprofit CEOs and 246 board chairs. In some ways, the fact that the respondents are by definition people who have been in touch with BoardSource and therefore have evinced some interest in good governance practice makes the Index not entirely representative. But BoardSource’s Vernetta Walker says that previous research suggests that the findings are still representative of the larger field.

Is your board “normal”?

According to the 2014 BoardSource Governance Index, is your board out of step with the norm? In some cases, these norms may reflect good standards of practice; in others, not so much.

Against the findings of the 2014 Governance Index, your board is in a very small minority if:

These practices are generally recommended as components of good board governance, although when it comes to number 4, some groups are small enough to be able to replace the audit with financial statements—and, frankly, some still question the real need for D&O insurance. But you are also in a small minority if:

The thought that boards must be packed with influential connectors seems to be going the way of the dodo, at least for many organizations. This fits well with the idea that boards should know how to interact effectively with larger systems of governance and support. “Interacting effectively” in these times means that board members are connected enough to the organization and its stakeholder environment to ensure proper communication with stakeholders. Board members should be capable of listening with an educated ear for the tremors and trends in the organization’s environment. A lack of diversity on the board interferes with the capacity to accurately “listen.”

Because the data here on the ages of leadership were so striking, we asked staff at the Young Nonprofit Professionals Network (YNPN) about the implications. Trish Tchume, YNPN’s national director, took the following stand:

The case for diversity and inclusion tends to focus on “reflecting the communities we serve.” While this is a strong reason in and of itself to work towards greater inclusion on boards, there is a much more straightforward reason to seek diversity: Our visions for a change are far too complex and the possible solutions to address these challenges are far too vast to rely on a narrow set of people to bring them to bear on our organizations.

Racial and ethnic diversity on boards has progressed very slowly

While there has been progress in racial and ethnic diversity on boards, it has been slow. As noted above, 80% of board members are white. This compares with 91% as reported ten years ago in the 2004 Governance Index, but the report makes a useful distinction between diversity and developing a culture of real inclusion.

While the 2014 index does suggest that board members under 40 increased from 14% to 17% between 2010 and 2014, the proportion of board members under 40 in 1996 was higher than this year at 19%. Thus, little movement is apparent on this front, and combined with the advanced ages of CEOs and leadership (as shown in points 11 and 12 above), this may spell problems in terms of nonprofit resonance and relevance in the future.

A number of board characteristics change with organizational size as figured by annual budget, and many of these have to do with inclusion. For instance, most board members in nonprofits are older, with 84% in the over-40 category. (And when it comes to CEOs, forty may be the new twenty; a full 94% of CEOs responding to the survey reported that they were over 40.) The larger the organization, the greater the percentage of older board members. At small organizations, 80% of board members are over 40; at medium-sized ones, 85%, and 90% at large ones. A similar proportional dynamic exists regarding the gender of board members: small, 52% female; middle, 47%; large, 40%. On the other hand, boards of small organizations were only slightly more racially diverse than those of mid-size or large organizations.

Executive director longevity is impressive across all sizes of nonprofit

This is an interesting trend, given that there was an alarm sounded early last decade about an anticipated mass exodus of leaders. It is described in a 2007 report as “a rising sense of alarm in the nonprofit sector about the future of its leadership. Study after study has pointed to an impending crisis, with roughly 75 percent of executive directors/CEOs reporting that they plan to leave their jobs within the next five years.”

As it stands, only 34% of responding boards have written executive succession plans, and considering the age and longevity of the CEOs, this could spell big problems. For any number of reasons, leadership succession should be seen as a challenge sector wide that needs to be addressed through the development of much deeper and younger leadership benches on the boards and in executive leadership in every nonprofit.

As David Renz suggests in his article, “Reframing Governance II,” the systems that govern an organization exist in the organization’s external environment as well as within the board. Boards that do not act on this point end up abdicating some of the most powerful decisions to others:

Governance is not just about organization; it’s an essential function in addressing a particular issue or need in our community. But for so long, individual organizations have been the appropriate unit to address problems, and we assumed that it always would be this way. But now, for the most critical and substantive community issues and problems, single organizations can no longer appropriately match the scale of these issues and problems. We’ve found it increasingly essential to develop alliances and coalitions—extra-organizational entities—to address the multifaceted complexity of these critical needs and issues. And the most successful systems we’ve developed to govern these alliances reflect the same scale and complexity as the alliances themselves.

For many nonprofits, their work is bounded, limited, and facilitated by public policy, yet according to the index, few boards see themselves as responsible for monitoring the impact of public policy on their organization; 37% do, at least to “some extent,” and this category is sensitive to size, with smaller organizations doing less of it. Even fewer, 33%, try to affect policy by educating policymakers “to some extent.”

In a time of massive societal disruption, nonprofit boards remain relatively stable. Though they have not changed much, some of the changes they have made seem positive. The adoption of practices to improve accountability (and, presumably, lessen the potential for conflicts of interest) is good, and the fact that boards have become smaller could be quite positive under the right conditions. But the lack of inclusion of younger people and people of color on boards and as executive directors seems to point to an unwillingness to join in and make best use of the current societal disruption.

Young people have a different experience base in the political and social uses of networks, which relates to the ability to approach big questions. Additionally, smaller boards can best work for the good of a larger community if those boards have an understanding of how to interact effectively with a larger, more diverse, and unbounded governance system of stakeholders. This cutting edge of board governance requires cultural wisdom and the wisdom of younger leadership.

As Jamie Smith, the Director of Communications & Network Engagement at YNPN, puts it:

Until we make our boards and executive leadership more diverse, our sector won’t be operating at its full potential. Beyond missing out on opportunities to learn from diverse perspectives, we’re operating in a way that’s unsustainable and completely unnecessary. […] There’s an abundance of young and diverse leaders who are looking to be engaged. The question is, why aren’t we engaging them?

She adds, “Cross-generational leadership that blends the wisdom and experience of senior leaders with the curiosity and creativity of younger leaders makes our sector stronger. Not just immediately, but in the long term as we prepare for the current generation of executives and board members to retire.”

Again, there is much more data to be mined in this report. Help NPQ inform your colleagues by finding your own story in it.