A Nonprofit Bookstore Grows in Pittsburgh: Has Amazon Met Its Match in New Business Models? 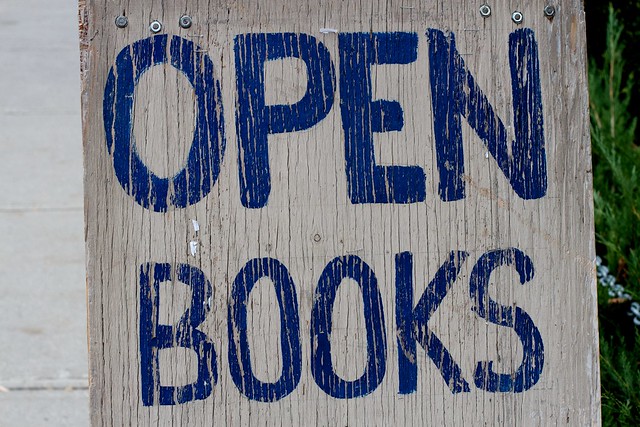 In Ray Bradbury’s landmark 1953 dystopian novel Fahrenheit 451, outlaws commit books to memory while firemen burn their brittle pages out of existence. Bradbury wrote in his cautionary tale that “we need to be really bothered once in a while” and the book industry has been really bothered over the last twenty years. E-tailers, led by Amazon, have exploded and restructured the bookselling industry. Conventional wisdom is that the goliath Amazon, the dominant and diversified Internet retailer of everything from books to 7-string zithers has, with unbeatable pricing and almost infinite selection, crushed all brick-and-mortar booksellers in its path. National chain Borders closed in 2011 and Barnes & Noble sales and profits have been on an unabridged decline for years. The physical bookstore, traditionally a crucial cultural center in communities large and small, is often declared dead at the scene. One would think then that the real Davids of the industry, small independent booksellers, are themselves gone or going the way of the wooly mammoth and rhyming poetry.

The truth is that independent booksellers are thriving, with 30 percent growth in the number of these stores from 2009–2016, to 2,311 as of 2016. Between 2014 and 2015, independent booksellers saw their market share actually grow from 7 percent of all book sales in 2014 to 10 percent in 2015. Even Amazon itself is mimicking their model with its own new concept stores. Why have the independents risen from the ashes of traditional book retailing?

The answer may lie with niche-filling shops like Pittsburgh’s new City of Asylum Books, part of a nascent multipurpose cultural center on the city’s North Side called Alphabet City Center. Alphabet City is a consolidated space recently acquired by City of Asylum, a nonprofit arts organization providing sanctuary and forums of expression for exiled writers of all genres from other countries, introducing many unsung voices to the Pittsburgh public through literary community events.

“I believe strongly in the opportunity here to bring previously under-read works from all parts of the world to our community,” said Lesley Rains, the manager of City of Asylum Books.

The nonprofit bookstore opened last Saturday, January 14th, offering some 10,000 titles on a wide range of subjects, specializing in translated works and world literature, in 1,200 square feet of space in the Alphabet City building, which includes a bar, restaurant and a venue for readings, performances and workshops. The bookstore sells everything from cookbooks to children’s books to poetry and harbors a giving library, where patrons can take—and give—books for free.

NPQ has chronicled developments in the independent bookseller space in recent years as the tumult in the sector inspired novel ways for these small fry to reform and reimagine their business model. In December 2012, we wrote about Kepler’s Books of Menlo Park, California, which restructured as a community-owned bookstore, creating a “hybrid model” maintaining operation of the for-profit bookstore, connecting it with a nonprofit arm housing and sponsoring local literary events and presentations for local schools and the community. In the summer of 2013, NPQ signaled the use of crowdfunding by several independent booksellers to literally survive, and to reinforce their connection to their loyal patrons and communities.

It looks like independent booksellers have heeded early Modernist poet Ezra Pound’s call to “Make it New” and turn the page to live to see another day.—Louis Altman