Navigating a Nonprofit Corporation through Bankruptcy 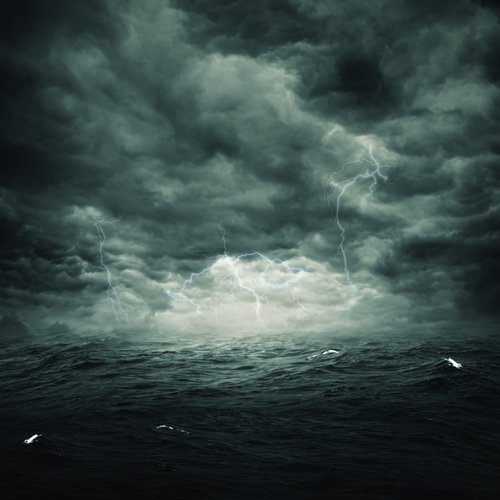 The nonprofit sector is an enormous contributor to the American economy, providing 5.5 percent of the nation’s GDP and employing 13.7 million people. Just like for-profit corporations, nonprofits can be susceptible to financial problems and insolvency, and may ultimately seek protection under the Bankruptcy Code (although, unlike for-profit corporations, nonprofits cannot be forced into bankruptcy involuntarily). While there is ample guidance for nonprofit directors regarding their fiduciary duties generally, very little has been written about the duties of directors of insolvent nonprofit corporations.

The members of a nonprofit membership organization periodically elect a board of directors, which is ultimately responsible for the operation of the enterprise and the fulfillment of its mission. The boards of non-member not-for-profit corporations are self-selecting and self-perpetuating. The mission of a nonprofit membership organization may either be to advance a charitable or public purpose—as in the case of a nonprofit hospital system, a nonprofit theater, National Public Radio (NPR) or Public Broadcasting Services (PBS)—or to benefit the members of the nonprofit—as in the case of a rural electrical cooperative, a local food cooperative, a university club, a country club, or a professional sports association, such as the National Football League (NFL), Major League Baseball (MLB), and the Professional Golfers’ Association (PGA). The mission of a non-member not-for-profit will be to advance a particular charitable or public purpose.

When a for-profit corporation becomes insolvent, the directors continue to be obligated to preserve (and, if possible, enhance) the value of the enterprise, although the beneficiaries of this obligation shift from the owners to the creditors of the company. Similarly, when a nonprofit corporation becomes insolvent, the directors remain obligated to fulfill their fiduciary obligations as delineated under state law (i.e., to advance the stated mission of the enterprise). While in either case, state law, rather than federal bankruptcy law, will continue to govern a director’s fiduciary duties in a bankruptcy proceeding, a bankruptcy filing will require a board to navigate an entirely new statutory framework while discharging its fiduciary obligations.[3]

In some respects, a bankruptcy filing will shift the landscape to provide greater power to creditors. For example, in a bankruptcy case a debtor will be required to provide a greater level of transparency regarding its financial condition and operations than is ordinarily required. Soon after the filing of a chapter 11 case, a representative of the Office of the United States Trustee (a branch of the Department of Justice) will solicit indications of interest from unsecured creditors in forming an official committee. If a sufficient level of interest is shown, a committee will be formed, which may retain legal and financial professionals at the debtor’s expense and will act as the creditors’ watchdog in the chapter 11 process. During bankruptcy, a debtor will be required to seek court approval, after providing creditors with notice and the opportunity to object, before taking any action that is not in the debtor’s ordinary course of business. Bankruptcy will also provide creditors with remedies for addressing director malfeasance that are not ordinarily available, such as replacing the debtor-in-possession with a trustee or examiner, subordinating a director’s claim under section 510(c), converting the case to chapter 7 (if the debtor is not a farmer or a nonprofit), and objecting to plan confirmation on the basis of improper enrichment of directors.[4]

In other respects, a bankruptcy filing shifts the landscape to provide directors with greater power to deal with recalcitrant creditors. For example, bankruptcy can be used to force a restructuring over a group of holdouts,[5] and a debtor may even strip a creditor of its right to vote on a proposed plan as a consequence of the creditor’s conduct during the chapter 11 case by “designating” or disqualifying that creditor’s vote.[6]

As set forth in Torch Liquidating Trust ex rel. Bridge Associates L.L.C. v. Stockstill, 561 F.3d 377 (5th Cir. 2009), when a corporation is solvent, the shareholders are the beneficiaries of the corporation’s growth and increased value and have standing to bring actions against directors on the company’s behalf asserting a claim for breach of the directors’ duties to the corporation.[9] When the corporation is insolvent, however, the creditors take the place of the shareholders as the holders of the residual interest in the enterprise, and thus acquire standing to bring derivative actions on behalf of the company.[10] The derivative suit is a powerful weapon for enforcing directors’ fiduciary duties under state law and challenging corporate mismanagement.

It is important to understand that a direct fiduciary duty to creditors does not spring into being upon the insolvency of the enterprise. Rather, creditors simply replace shareholders as the class entitled to commence a derivative action to assert a breach of a director’s state law fiduciary obligations when the enterprise becomes insolvent.[11] While bankruptcy cases often speak of a duty to creditors, that duty is better articulated, as in the Torch Liquidating case, as a continuation of the pre-petition duty of a board of directors to the enterprise, which derivatively redounds to the benefit of creditors when the enterprise becomes insolvent.

State law frames and controls the duties and responsibilities of corporate directors, and often provides qualified immunities for directors of nonprofit corporations. No provision of the Bankruptcy Code preempts any state law concerning the duties and responsibilities of corporate directors, nor are we aware of any state law that modifies a director’s duty when a corporation becomes insolvent. Bankruptcy merely imposes a new overlay of tools to be used and obstacles to be navigated by a board while complying with its fiduciary duties and shepherding an enterprise through the restructuring process.

Evan C. Hollander ([email protected]) is a partner in the Bankruptcy and Corporate Restructuring Group of Arnold & Porter LLP, resident in the New York office. His practice focuses on advising debtors and creditors in restructuring matters, both in and out of court. He counsels parties interested in acquiring assets of troubled companies, and structuring commercial transactions to reduce or eliminate risk. Dana Yankowitz Elliott ([email protected]) is an associate in the same group, resident in the Washington, D.C. office. She has experience in all aspects of bankruptcy, as well as out-of-court restructurings and receivership cases.

Dana Yankowitz Elliott ([email protected]) is an associate in the same group, resident in the Washington, D.C. office. She has experience in all aspects of bankruptcy, as well as out-of-court restructurings and receivership cases.

Evan C. Hollander ([email protected]) is a partner in the Bankruptcy and Corporate Restructuring Group of Arnold & Porter LLP, resident in the New York office. His practice focuses on advising debtors and creditors in restructuring matters, both in and out of court. He counsels parties interested in acquiring assets of troubled companies, and structuring commercial transactions to reduce or eliminate risk.