Nonprofit Executive Pay and the Sensitivities of Communities 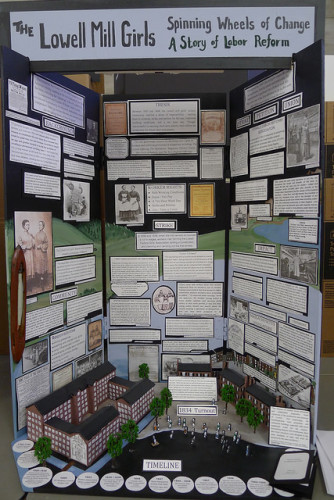 Nonprofit executive salaries are highlighted in the news most often when a salary is perceived to be outsized in the context of mission or local pay levels or both. Recently, at least one court judgement has looked at the taxability of an organization based on executive salaries—it is that important an indicator or signifier.

Now, the Greater Lowell Community Foundation (GLCF) in Massachusetts is in the news for exploring “fair pay” for its new executive. GLCF is a relatively small community foundation, with assets of around $28 million in 2014. What makes this an interesting place to have such a discussion is Lowell’s profound place in the rich labor history of this country. Lowell is considered the “Cradle of the American Industrial Revolution,” the first large-scale factory town in the country. The original women’s labor movement started in its textile mills, and it has served as a gateway community for new arrivals to the United States. So, if this discussion is to take place, it should be here, where it might be had rationally, taking fairness into account.

Hired in December, Jay Linnehan had worked as executive vice president at Middlesex Community College, with a salary of $178,000. His new position as executive director of the community foundation paid his immediate predecessor $82,000. He is demurring when asked his salary, which will be public as soon as the current year’s 990 is published.

The question for the board of directors of the GLCF: How to adequately pay for the skillset that they wanted and the community leadership they sought?

What is reasonable compensation for the head of a nonprofit? According to Steven Joncas, co-vice president of GLCF, after three executive directors in five years, stability in the leadership position is most important to that organization at this point.

The article in the Sun—written for the local general market in Lowell, Massachusetts, not a nonprofit audience—speaks to the many misconceptions about nonprofit salaries and to the complexity of the picture, taking on even the most often cited issue: size.

People assume that nonprofits can be compared side by side based on their size, but the requirements and qualifications of executives vary widely. The director of a small organization may have much broader responsibilities than the director of a large group. Higher-education level is also a factor.

Salaries in the for-profit world are subject to the same whims, but unlike nonprofits, private corporations don’t have to disclose how much they pay top employees.

We in the nonprofit world are often caught in the circularity and many considerations in the discussion. Opinions regarding executive pay cover all the bases. Some feel that salaries should be sector agnostic, with that seen as the only way to attract top talent, but a past article in NPQ quoted Massachusetts’s then-attorney general Martha Coakley as saying, “It is not always clear that large compensation benefits packages are actually necessary to attract and retain talent.” Tom Pollak, director of the Urban Institute’s National Center for Charitable Statistics believes that people in nonprofit executive positions should “take a vow of moderation.”

Overall, this short article is one of the more sensible we have seen on the topic in the mainstream press. But even here, after making an informed case on both sides regarding reasonable compensation, there is, confoundingly, a simple listing of the highest 2014 nonprofit salaries in Greater Lowell.—Jeanne Allen and Ruth McCambridge