Nonprofit Group to Form Conservancy for Neighborhood Park in Brooklyn 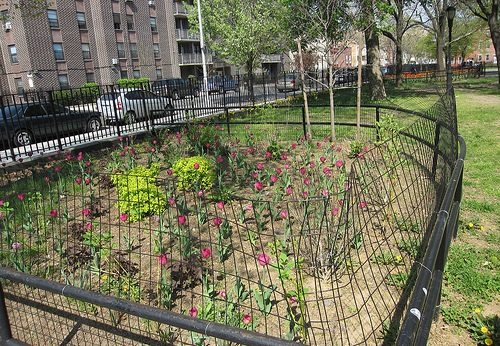 Public-private partnerships come in all shapes and sizes, ranging from the huge comprehensive bailout of the City of Detroit by some of America’s largest foundations to the community bake sale in support of a grade-school field trip.

DNAinfo New York, a hyper-local news site, reports about a local nonprofit that wants to spruce up one of Brooklyn’s oldest parks and start a private philanthropic conservancy to spearhead the efforts.

Brooklyn-based service organization 500 Men Making a Difference plans to improve Herbert Von King Park in Bedford-Stuyvesant after cuts in afterschool services at the park’s cultural center. The website reports that the group is responding to local residents’ calls for improved facilities and restored programs. The new conservancy would upgrade the nearly eight-acre park and cultural arts center with additional maintenance workers, afterschool activities, and renovations.

500MMD will work with the nationally known Central Park Conservancy and New York’s Partnership for Parks on the overhaul. The group will submit grant applications to private foundations and meet with local public officials before presenting its plans—with a budget close to $2 million over two years—to the community in coming months.

The New York City Parks Department is supportive of the effort. “We’re happy to partner with any group that would like to form an alliance with any of our parks,” said a spokesman.

The New York Central Park Conservancy is one of the best-known efforts of private philanthropic support of a public park in the US, and considered a model for this and other efforts in other cities. The challenge for the Von King park partnership will be the fact that it is not focused on a high-profile iconic property like Central Park, but a smaller neighborhood park in one of the city’s boroughs.—Larry Kaplan