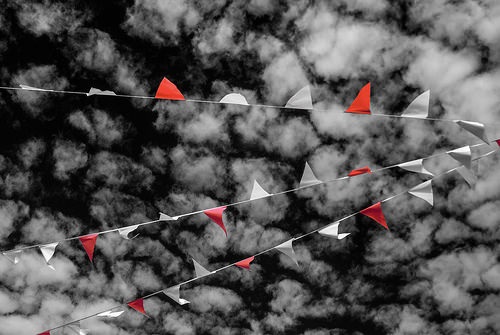 How does the relationship between an executive director and the board of directors sour? At the beginning, there is excitement and a lot of love; you never read a press release that quotes the board president as saying, “Well, we did the best we could and so, this is who we’re got to live with for now.”

Instead, they usually say something like Raymond Wilmer, board president of the Gay & Lesbian Community Center of Southern Nevada (The Center) said when announcing the hiring of Bob Elkins as CEO. “I am proud to say it was a unanimous decision,” Wilmer said. “His background had proven leadership skills; plus he has had 30 years volunteering in the HIV community.” He also had for-profit business experience, an apparent major selling point to the board.

That was in September of 2013. Fast forward to April of 2014, and Elkins is no longer the CEO. What happened in seven months? Elkins is credited with having helped with a banner year in fundraising, including his own claim of having secured a gift of $250,000 from a single donor. All good, but…

The mis-step that led to his departure appears to have been an email Elkins sent criticizing another nonprofit for lack of diversity on its board. Elkins commented that the Southern Nevada Association of Pride, Inc. (SNAPI) only had older white gay men on its board and so did not reflect the diversity of the community it was serving. Apparently, at the time, the Center had said it was in negotiations to take over SNAPI, although the latter organization denied the rumor. Nevertheless, the interim CEO, Tom Kovach, would later state that Elkins left because “he stated positions that were his own and not the board’s.”

So Kovach, a board member, stepped into the breach temporarily and this was not the first time in the past 18 months Kovach has served as interim leader of the Center. In April of 2013, the Center had just moved into its new home, four times larger than its previous facility and then the board took a vote and demoted the long-standing executive director, Candice Nichols, to the role of Senior Director of Programs and Community Partnerships.

Nichols is still at the center, but although her leadership and involvement in the Center’s programming was heralded by everyone, the Center’s board had reportedly decided that they also needed someone with experience in business now that they had a new facility and were looking to expand programming. Elkins appeared to fit that bill, having been in a leadership position at AT&T for a number of years, but in the end, he breached good nonprofit protocols and the board ended up feeling felt that the difference between running a nonprofit and a for-profit was too great, and Elkins’ experience did not transfer well.

If you let go of two staff leaders in unceremonious fashion within the space of 12 months, one who had led for nine years and the other with significant business leadership experience, perhaps the problem is not with the CEOs—perhaps the problem is with the board and its lack of understanding. The dynamic of extremes in terms of what you want in a CEO—“We now want the exact opposite of the last guy”—is a mark of inadequate governance. Also, it just may be that this board has begun to exert a little too much influence in the day-to-day business of the Center and is not leaving the CEOs alone to do their work. Mr. Kovach, for example, had been the board president and led the charge to raise the money for the new facility. He was very quick to step in as interim not once, but twice. The board may need to check its dynamic with executive leadership.

The newly announced CEO of the Center is Michael Dimengo, who has a long history of experience with nonprofits. Working out the balance of power and leadership between the board and the CEO should be one of his first orders of business.—Rob Meiksins