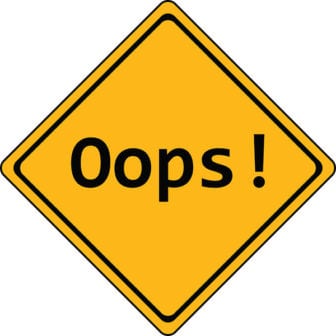 Located 12 miles southeast of Charlotte, North Carolina, Matthews is a small, mostly white (78 percent), reasonably prosperous (median household income of $75,000) town of 32,000. In Matthews, the Red Brick Partnership, founded in 2015, serves as a “Main Street” organization that provides event, marketing, and related supports for the town’s local business district. In support of these efforts, as Mark Barber reports for WSOC-TV, “the Red Brick Partnership has received tens of thousands of taxpayer dollars” on an annual basis from the City of Matthews.

In particular, Barber explains, taxpayer money has enabled Red Brick Partnership to support “events such as First Thursdays, which draws dozens of families downtown every month for live music, food specials and shopping.” Barber adds that, “For years commissioners have given more than $50,000 in taxpayer funds to the organization under the assumption it was also listed with the IRS as a 501c nonprofit.”

There was only one slight problem. Although registered as a nonprofit in the state of North Carolina, the organization had never filed their Form 1023 with the IRS to obtain tax-exempt status. More embarrassing still, board co-chair John Urban is also a city commissioner, who had represented the organization to the City Council as a tax-exempt nonprofit. Now, some Matthew residents have called on him to resign his commissioner seat.

Barber explains that Urban learned that the organization had not obtained 501c3 status only a few months ago. “It’s extremely painful,” Urban says, but “people make mistakes, we’re all sinners.”

Apparently, Urban explains, a pro bono attorney had forgotten to submit the 501c3 application to the IRS in 2016. Neither the town nor board noticed until last spring, when the organization sought a license to serve alcohol at an event. Alas, when proof of tax-exempt status was requested, the nonprofit searched in vain for that nonexistent IRS letter.

Barber asked Urban, “Should you have caught this problem sooner?”

There are, of course, more reasons than mere compliance why, as board co-chair, Urban might have asked to see his own nonprofit’s Form 990 filing. As a volunteer nonprofit board member, being familiar with your 990 is part of the job. As NPQ’s Michael Wyland explains:

Don’t dismiss the 990 as a requirement for auditors and finance experts to deal with. Nonprofit staffs, boards, donors, and volunteers should be aware that the publicly available return is a public relations tool that communicates governance, program, and fund development information as well as income and expenses, assets and liabilities.

Now, the Red Brick Partnership is scrambling to assemble records and ensure its continued existence. For the time being, the city of Matthew has frozen the $20,000 it was planning to give this year until it can confirm that the organization has filed for and obtained tax-exempt status.—Steve Dubb