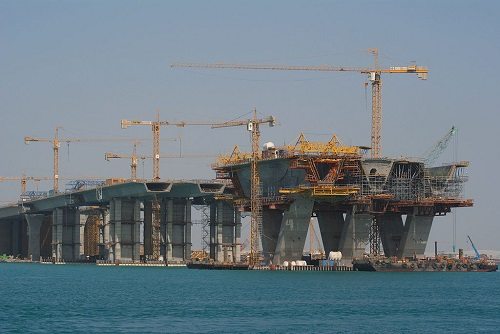 “Interviews with more than 100 workers in 2013 and 2014 revealed endemic abuse of workers’ rights consistent with HRW reports in 2012 and 2009, and investigations by the Observer and campaign group Gulf Labour. Contractors failed to pay wages for months at a time, did not renew work permits and residence visas, and refused to pay the end-of-service benefits to which workers were entitled, leaving them destitute. All of those interviewed said employers had withheld their passports and had failed to reimburse the recruitment fees they were forced to pay to secure their jobs.”

But the report did note improvements from previous years. The UAE and the organizations involved in the complex, including New York University and the Guggenheim and Louvre museums, have claimed that new measures safeguard against employee mistreatment and enforce the rights of migrant workers. Yet, these measures often go unenforced by the oversight organization—Abu Dhabi’s Tourism Development and Investment Company (TDIC):

“The most recent audit of Saadiyat Island by PricewaterhouseCoopers, which was appointed by TDIC to monitor workers’ welfare, found that the company had not consistently enforced its labor policies. According to the audit, TDIC imposed financial penalties against only three of the six contractors who were found to be in breach of its employment policies in 2014.”

Such lax enforcement of migrant worker protection codes have left many migrant workers in overwhelming debt and without any opportunities to file grievances without fear of retaliation.

The HRW report states that “although the UAE government has primary responsibility for respecting, protecting, and fulfilling human rights, businesses [including nonprofit institutions such as New York University, the Louvre and the Guggenheim museums] also have human rights responsibilities…[and] should, at a minimum, ensure that living and working conditions do not violate the basic rights of workers involved in their projects.” With about 500 men facing deportation or cancelled work visas after a strike over these poor working conditions, how should the affiliated nonprofit organizations respond?—Michele Bittner