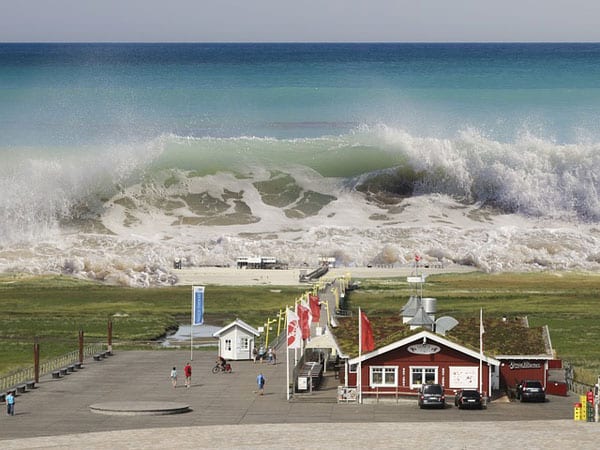 Here at NPQ, we have noted that a business ownership succession wave—often called the “silver tsunami”—is rising. According to the nonprofit Project Equity, nationally “baby boomers own 2.34 million businesses, employ 24.7 million people, and have combined annual sales of $5.14 trillion.” Sadly, 80 percent of these businesses lack succession plans.

Slowly, awareness of the looming crisis is growing—and some communities are responding. Bounded by the eastern edge of Lake Ontario on its west, Canada to the north, and Lake Champlain to the east, the Adirondack North Country region contains 14 counties and 1.26 million people. The Plattsburgh Press-Republican reports that, “More than 10,000 business owners [are] nearing retirement in the North Country.”

The Adirondack North Country Association (ANCA) has supported regional economic development in the region since 1955. According to its strategic plan, it aspires to be a “hub for collective problem solving, bringing together people, partners, and resources to get practical things done.” It consciously employs a “local first” approach to community wealth building, unlike the smokestack-chasing (or its 21st-century variant, Amazon-chasing) common to so much of the field. As its strategic plan explains, it explicitly has chosen to focus on “self-reliance for goods and services through locally owned, import substituting (LOIS) businesses,” which, they add, have five advantages over the conventional approach: “higher multipliers, more reliable, higher standards, more dynamic, and better social impacts.” The agency also supports renewable energy development. Already, 97 percent of the region’s energy comes from renewable sources.

Given that track record, it is not surprising that when ANCA became aware of the local impact of business succession, it acted. The product of its community-building work is the newly formed North Country Center for Businesses in Transition. The virtual “center” aims to provide “matchmaking services with potential buyers, access to planning tools and connection with existing services.” The center takes a broad approach and seek to reach people who wish to:

The Press-Republican adds that, “Following its first gathering of lead partners and representatives at the Adirondack North Country Association office in Saranac Lake earlier this year, the center announced a slate of community liaisons, a monthly workshop series and other ways the group will share insights, skills and resources to assist local businesses in transition.”

“I like to think of this program as an organic movement towards collaborative problem solving,” Danielle Delaini, ANCA’s Business Transition program coordinator, says in a press release.

Although the Center only launched this year, “ANCA began developing the concept for the Center for Business in Transition in 2016 after the Regional Economic Analysis research process identified a need in the region for such a partnership,” says the Press-Republican. To date, “more than 50 organizations and community leaders” have agreed to support the effort. Among the lead partners listed on the center webpage is the state university extension service and the Small Business Development Center network.

ANCA has one central coordinator and eight part-time liaisons who will focus on three options: selling on the open market, intergenerational family transitions, and conversions to a worker ownership model. “In St. Lawrence County, we have witnessed a number of favorite local businesses close their doors due to the absence of a new owner or transition strategy,” Mike Besaw, assistant director of the St. Lawrence County Chamber of Commerce, notes in the press release.

Five kickoff workshops are scheduled between now and August on the following topics:

In the future, the center expects to “sponsor additional programming developed by regional partners, including half-day workshops on business valuation, farm transitions and other topics related to business transitions and succession planning.” The nonprofit, which has a modest budget of slightly over $1 million, has set goals of helping transition 240 businesses and preserving 1,440 jobs in the next three years.