Editor’s Note: This piece is part of our ongoing Equity, Diversity, and Inclusion (EDI) Project created to spotlight millennials’ voices and thoughts on diversity and justice. We urge you to read how this project came together in collaboration between NPQ and the Young Nonprofit Professionals Network and about the ideology behind this series. We intend to publish another 13 pieces in the coming months. Readers will be able to subscribe to an RSS feed to follow articles as they are published. NPQ and YNPN will be using the hashtag #EDISeries, so post about the series along with us.

I am a newly appointed executive director, a Latina who was the first in my family to graduate from high school, coming back to the ’hood I grew up in and to the organization that I cofounded as a college student nine years ago. When my alma mater, an inner-city high school, was being shut down against the will of the community, I came back because, even after a decade, the education crisis is worse than ever—and the more opportunities I was given, the more I realized how few opportunities youth of color living in poverty are being given.

Three months into my leadership, I realized we had pay inequity in the organization. In an organization that claimed equity as its North Star, this was a critical conversation among many that needed to be held. Uncertain of the outcome of such a step, I challenged my team by posting the salaries for all to see and asking them what they knew of how we got to those salaries and if they thought they were equitable. Transparency is always risky. It was as if we all stood naked on display. To my surprise and delight, the conversation that unfolded was truly amazing—but it brought up for me many other questions and issues about equity.

My entire staff is composed of people of color, all under thirty years of age. Several are parents, and only one has completed a college degree. Every person on staff lives below the federal poverty line, and 90 percent are working on their college degree. A quick review of salaries revealed that the highest belonged to a male employee, yet the most senior employees were women. The two women with the same exact duties as—and more seniority than—their male counterparts were compensated just a few dollars less, but they were visibly shocked at the difference, considering that at hourly rates, every dollar matters. Discussion ensued, and I asked the team if they were willing to do anything to bridge the gap. My initial thinking was that the team would simply take the highest-paid employees’ wages, decrease them, and redistribute evenly. To my surprise, it did not happen that way.

When our lowest-paid staff member offered up two dollars of his salary, I realized that the axiom that those who have the least give the most was true. As a leader working to equip underserved youth to insert their voices into policy in order to disrupt the status quo, including the cycle of poverty, I could not allow that moment to pass without pointing out that instead of creating more equity, as the young man intended, the outcome would be to widen the gap between the highest and lowest paid in the organization.

Eventually, the team came to an equitable pay scale for our “flat hierarchy,” but it wasn’t without tears and very tough realizations and questions: How will we ever achieve equity? How will I, as a woman of color, equip youth to disrupt the cycle of poverty when everyone within the organization is barely paid enough to survive, from the top to the bottom? How can I encourage compassionate careers knowing very well that the inequity that exists in the private sector is as prevalent in the nonprofit sector but with even fewer resources? Is my leadership as a woman of color a help or a hindrance to an organization that relies on wealthy social networks that are frequently not accessible to people of color? Are the foundations of the sector so privileged that their funding was never intended for employing those rising out of poverty?

Over the past decade, we have heard the term “Non-Profit Industrial Complex” (NPIC) used in a myriad of critiques of the sector’s impact on justice and self-determination among underserved communities. The sector established itself to serve the many variations of underserved people in our nation, and has since evolved into a construct that perpetuates privilege and poverty despite the intent of the players within the system. The invisible forces impacting the sector have become much clearer to me as a first-time Latina executive director working to activate underserved youth to influence policy change in a rapidly gentrifying city. Some advocates for the community often propose that communities of color and other underserved communities simply need to be at the helm of nonprofits, thus leading the vision, direction, and approaches being taken by nonprofits serving those communities. I and others would argue that in our experience, we haven’t found that solution to be as simple as one might imagine. While from a practical standpoint it is ideal for leaders to have the same lived experiences of the communities being served, we have recognized that the systemic flaws of the sector will often not ultimately or easily allow such leadership to gain traction and flourish. There are some basic facts that we must keep at the forefront of this issue:

Communities of color are disproportionately forced to rely on nonprofits, thus essentially relying on benevolent (primarily white) foundations and individuals. The millions of dollars that flow into programs directly impacting people of color and people living in poverty are not only coming directly from the pockets of rich white people but are further controlled by another level of individuals who do not reflect the populations they serve: leaders of nonprofits. The nonprofit/client relationship is historically and currently heavily predicated on giving underserved people charity—or what the sector refers to as “direct services.”

Foundations are most interested in good old return on investment (ROI). What we have found is that the ROI is much easier to prove when you are distributing x amount of meals—or x amount of anything—and impacting x amount of individuals. Those metrics are what convince funders that a program is “effective,” and thus funds flow primarily to that type of nonprofit activity. What we have found as an organization whose mission is to effect policy change is that it is much more difficult to capture impact when you engage in advocacy and systems transformation work. Several of our partners in transformation work find themselves in this same predicament—unless they have a very strong board and very strong funding—and such advocates can survive difficulties without the pressure that the very same type of organization led by a person of color or a person who has lived in poverty has. In short, if you have a nonprofit doing advocacy work, you are almost politically destined to fail. If your organization speaks for the people and is run by the people it serves, then by default you likely do not have the same social capital, financial capital, or political capital that you need to truly influence policy.

You are then faced with the dilemma we face. If, for example, your issue area is disrupting the cycle of poverty, you have the following choices: (a) decrease salaries at all levels and employ others at minimum wage in order to continue to advocate for disrupting the cycle—while your organization and the communities you serve remain living in poverty; (b) take a different approach by providing direct services and bringing in more funding while working toward systems change on the side; or (c) relinquish control over executive-level positions to bring in someone with higher levels of capital of all types (likely not reflective of the community served) to increase political viability—which would likely have the effect of watering down the agenda to something “safer” or something insufficient for the issue overall.

These questions haunt the few nonprofit executives who reflect the demographics of the communities they serve—and I am willing to make a guess that while leaders who reflect the communities they serve authentically want to be of service to their communities, they are all trapped by a structure that was never designed to be led by those communities. The nonprofit sector by default is a privileged construct, in that it maintains the status quo and reproduces dominant power relations between racialized social groups, and leaders such as I wonder what the best alternative construct could be for making radical and transformational changes for the people impacted, by the people impacted.

Candi CdeBaca began her life as the eldest of three in a single-mother household in the inner city of Denver. From a very early age, Candi took on a leadership role by caring for her siblings and other family members. She found refuge in school, and saw education as an opportunity to change her circumstances. She was the first in her family to graduate from high school, and went on to complete two degrees in five years. While in college, she cofounded the organization she now leads, Project VOYCE (Voices of Youth Changing Education). While in college, Candi also expanded a one-year support program for students of color at the University of Denver to a four-year program. She was one of the first youths to be appointed to the Denver Mayor’s Commission on Youth and to the Denver Mayor’s Latino Advisory Council. She recently completed a fellowship as part of the inaugural cohort of the Latino Leadership Institute. Candi is a fierce advocate for educational equity, and is deeply committed to creating spaces for the historically underrepresented to be key decision makers. She has an entrepreneurial spirit, and seeks to design creative, inclusive, collaborative solutions to our great social challenges. 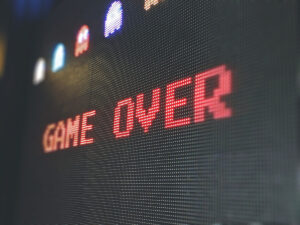