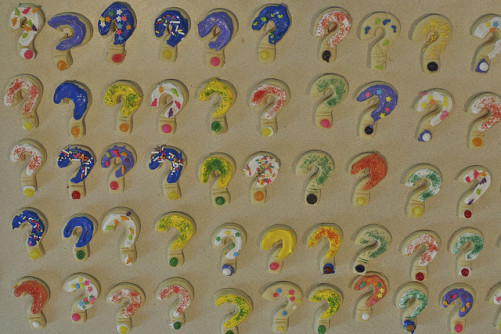 In recent years, as technology and social media have expanded many non-profits have chosen to use these resources to help homeless people. In 2014, we reported on statistics that showed that homeless people increasingly owned cell phones. One homeless woman even credited Twitter for singlehandedly pulling her out of homelessness. The government has gotten on the technology bandwagon to help solve the problem of homelessness as well, launching the Project REACH (Real-time Electronic Access for Caregivers and the Homeless) competition in 2012 to build a mobile web app for smartphones and tablets that could help the homeless find nearby resources. Our Calling, a nonprofit in Dallas, Texas, developed an iPhone app homeless people can use to find shelters, food pantries, free meals and job training. Others can also use the app to snap a photo to direct staff and volunteers to the GPS location where a homeless person is in need.

But do the apps available now serve the homeless well? Are they asking the right questions to serve this population’s exact needs? One group in Central Oregon didn’t think so, and they have designed a new app determined to find out. Stand Up, a local homeless advocacy group, has been using its app to survey homeless Central Oregonians every day since the beginning of February. The daily survey, which asks only one question—“What do you need right now?”—is intended to make it simple for people without homes to make their needs known.

Kevin Colussi, who started Stand Up, is a stay-at-home dad with a background in software development. Pressed to find out directly from the source exactly what the homeless community needed, he told central Oregon media outlet The Bulletin:

I was at a (Homeless Leadership Coalition) meeting and a 17-year-old stood up and said that he had been homeless for three years and nobody had ever asked him what he needed. We had 20 NGOs participating at that meeting and nobody knew what the real problem was. So I was like, let’s get some data and see what we can do.

The Bulletin reports that Colussi created the app using KoBo Toolbox, an open source, data collection platform that was also used to help track the Ebola outbreak in Africa last year. The app allows survey respondents to anonymously choose from a list of 16 answers about what they need that includes such options as “permanent housing,” “medical assistance” and “addiction assistance.” GPS coordinates are recorded, so the idea is that once the survey results are mapped, recorded, and quantified, area nonprofits that apply for grant money to offer homeless services will be able to use the information to better target their efforts.

“Rather than the leaders saying ‘this is what we’re going to do and this is how we’re going to do it,’ if we’re listening to the voices of the people and what they’re telling us they need, we can find better solutions for grants,” says Alexandra Sweet, a Stand Up volunteer who surveys homeless people with the app. Sweet goes out every day to locations where homeless people are—in camps, in their cars, on downtown streets—to conduct the survey. So far, she’s found out from about 200 homeless people what their needs are.

But not every app designed to find the homeless is intended to help. In New York City, which has the greatest homeless population in the United States, many people use an app called Map The Homeless. The app is meant for residents frustrated by homeless people aggressively begging and urinating in public places to use to report them to law enforcement. It allows people to take a picture of the homeless person and post it with the location and description of the person. Many of the hashtags associated with postings include “NeedsMedicalAid,” “Encampment,” “AggressiveBegging,” and ‘‘Violent.”

David Fox, a 25-year-old software data engineer who designed the app, told the New York Post he developed the app because “I want to help [city officials] be able to find these people and keep them off the streets.” But homeless advocates say that the exact opposite has happened. Many feel the photos humiliate the homeless by portraying them as an unsightly nuisance in forums where they’re sometimes scorned as “scum” and “human trash.”

So, can apps help solve the problem of homelessness in compassionate, strategic ways? The Stand Up group certainly hopes so. They have partnered up with Beulah’s Place, a Redmond nonprofit that focuses on helping and housing homeless teenagers, to train others to conduct surveys. Andi Buerger, executive director of Beulah’s Place, says, “There are a lot of needs. This [app] is going to help us understand where the money should be directed instead of people just guessing where they think it should be directed.” And this might be just the correct technology tool needed to begin to really start tackling this issue that ultimately affects everyone everywhere.—Alexis Buchanan