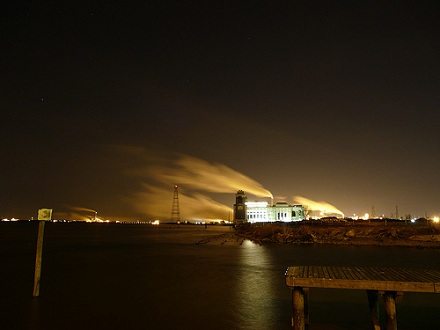 Many eyes are on Chester, Pa., as a nonprofit grocery store gets ready to open. Chester has not had a grocery store since its West End Market closed in 2001. Now, the nonprofit food Bank Philabundance has officially broken ground and started work on what it calls “Fare and Square,” a members-only store it plans to open in six months. As NPQ has noted in the past, Chester is one of many parts of the United States categorized as a “food desert,” an area where residents do not have easy access to fresh fruit and vegetables. Philabundance Executive Director Bill Clark says this dilemma is part of an increasingly complex food problem in the United States: people not being able to afford food is an ongoing problem, but getting food to people who need it is a growing problem as well.

The Philabundance concept is to provide access to food at affordable prices. The store will offer rebates to those who can demonstrate need. Customers will be able to buy staple goods at bargain prices and prices on all foods will be kept low. Sunoco gave $200,000 to the grocery initiative, half of which is earmarked for capital needs at the store. More than 100 other supporters have donated $5,000 to $100,000.

But will the contributions and support be enough to change the economics that lead to supermarkets failing in Chester and other parts of the country and to change the “proverbial wisdom” that poorer neighborhoods can’t sustain grocery stores? And will Philabundance be able to help the community embrace fresh and healthy eating? Other areas have faced similar challenges; in December, the Cronkite News reported that a Bureau of Nutrition and Physical Activity official stated that “the state faces the challenge of ensuring that low-income families have access to food, but it’s also trying to figure out how to connect them with healthy selections.”

The Chester model is just one experiment in how to create sustainable new models of food delivery. Some nonprofits have partnered with for-profit supermarket chains to bring groceries into urban food deserts. The Abyssinian Baptist Development Corporation brought a Pathmark grocery store to Harlem, N.Y. and New Community Corporation brought one to Newark, N.J. In addition, First Lady Michelle Obama has promised assistance for food deserts as part of her war on childhood obesity. She says her goal is to eliminate food deserts by 2018, and that the federal government has committed $400 million to leverage public and private partnerships toward this end. The federal assistance is available to businesses, local governments, nonprofits and other organizations. –Mary Jo Draper