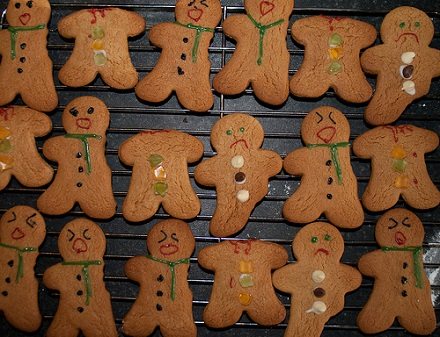 Oh my goodness! You can’t read the full text of this article from the Journal of Business Research unless you are a subscriber or want to pay $31.50 for a PDF of just this one article, but oh my goodness; look at the published abstract:

“We advance, and test, two competing hypotheses that relate prior non-profit experience to mismanagement and/or negligence against the null of no relationship. The evidence supports the hypothesis that the bureaucratic and chaotic culture of many non-profits often attracts and/or molds individuals with subpar managerial habits. We find that firms headed by CEOs with non-profit experience are more likely to restate financial statements than other firms, even after controlling for variables that have been shown to affect restatements, and that the returns around announcements of class action securities litigation are more negative for firms with ‘non-profit’ CEOs.”

We looked at the full text of the study, in which author Stanley Peterburgsky names the “bureaucratic,” “chaotic,” and “subpar” image of nonprofits the “Accountability Hypothesis.” Peterburgsky cites this passage from Monster.com: “Many nonprofits are stressful places to work because of the chaotic nature of their organizations and decision-making. Some are highly political and bureaucratic. Boards of directors often work against their best interests. Some nonprofits have notorious reputations for administrative incompetence and disorganization; lack quality personnel and staff development; operate with antiquated equipment and from cramped quarters; and have attitude problems. Relationships between the CEO, board members, staff and volunteers can become a nightmare. If you prize strong leadership, clear decision points, high levels of efficiency and the latest in office technology, many nonprofit organizations will disappoint, frustrate, and discourage you. If you can tolerate ambiguity, inefficiency and chaos and function well in makeshift work environments, you may do well in such work environments.”

There you have it. Nonprofit experience makes us into subpar managers, with an “above-average propensity for mismanagement and/or negligence at the corporate level,” according to Peterburgsky.

Given this less than idyllic image of the nonprofit sector, wouldn’t it be incumbent on the nonprofit and foundation leadership organizations such as the Council on Foundations, Independent Sector, and the National Council of Nonprofits to say something to counter this? Or is another dimension of nonprofit experience a propensity to sit there and take it?

If anyone needs any citations to counter the vision of a dangerously incompetent sector, they are easy to find. For instance, there are any number of very recent studies that compare the results of nonprofit versus for-profit ownership of nursing homes. In 2011, the University of California at San Francisco produced a comparison of quality of care, and in 2012, The Gerontologist released a study that looked at staff retention and satisfaction. Both studies showed stark differences favoring nonprofit management. We figure these issues would probably be important to those actually staying in or with a relative in a nursing home.

NPQ has also covered studies on comparisons of for-profit and nonprofit hospice care providers and these studies have often shown that the increase in for-profit hospice care providers has come at a high cost for Medicaid. In January, NPQ commented on one such study from the Palm Beach Post: “[P]ayments for hospice by Medicaid have increased precipitously over the past six years, during the same period of time that for-profit groups have been aggressively entering the field. HHS says that Medicare spending on hospice care for nursing facility residents jumped nearly 70 percent between 2005 and 2009, from $2.55 billion to $4.31 billion. A number of investigations and suits have been launched around the country regarding for-profits’ flouting of eligibility requirements.”

We guess if you were to see “efficiency” as the maximization of profits alone, maybe you’d have a case but it might come with threats to the well-being of patients, staff and taxpayers. Ah well. —Rick Cohen and Ruth McCambridge

CORRECTION: An earlier version of this article attributed a quotation from Monster.com cited by Stanley Petersburgsky to Petersburgsky himself. NPQ regrets the error.