Nonprofits Bring Arts (and Food for the Soul) to California Schools 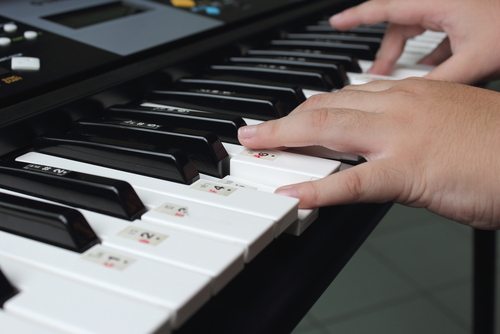 The Long Beach Press-Telegram tells the story of an important public-private partnership in this dense, diverse port city of a half-million residents just a few miles south of Los Angeles. It is especially important in California, whose public schools have seen draconian cuts to music and arts education over the past decade.

The story by Richard Guzman starts out with Long Beach Symphony Orchestra conductor Matt Catingub, who was at the Hughes Middle School performing with the kids as part of a long-running partnership between the symphony and the Long Beach Unified School District to augment its arts education curriculum. The symphony is one of a number of “Long Beach arts-related nonprofits that team up with schools on a routine basis to provide in-class lessons with musicians, artists or theater professionals, free admission to local shows, museum tours, and even help with math, science and language lessons through art projects.”

For nearly 30 years, the Symphony has been providing music education programs to the district, and this year it will fund arts programs that serve more than 24,000 students a year in grades K-12.

“Its part of our mission,” Kelly Ruggirello, executive director of the Long Beach Symphony, told the Press-Telegram. “We believe the arts give food for the soul.”

These partnerships with nonprofit arts organizations are crucial to maintain comprehensive arts and music programs despite statewide cuts in the past few years. The story quotes James Petri, the music curriculum leader for the school district, saying, “There’s a history of the arts community members and organizations collaborating with the district. The district can only go so far, and then the community works together as a family to create the vibrancy we have in the arts community in Long Beach.”

In a scenario repeated throughout cash-strapped California (with school districts still on tight budgets, despite some relief from the State’s big budget crisis over the past year), local nonprofits support classes offered in ballet, modern dance, play production, musical instrument lessons, ceramics, architectural design and photography.

Students are required to take a number of arts courses before they are eligible to graduate from high school in California, and like other school districts, Long Beach’s offerings have been affected by statewide cuts over the past few years. That has resulted in fewer teachers and the dropping of classes and programs, or pushing them back (for example, instead of beginning a syllabus in third grade, they might begin in fourth or fifth grade).

Long Beach and other urban districts have tried to keep as many arts classes as possible because they see value in the arts, and part of that is openness to working with nonprofits. Many government agencies have historically been notoriously independent and not open to working with community nonprofits, but necessity is the mother of invention, and in California many have embraced public-private partnerships.

“I think our kids would definitely have a deficit in that aspect of their education if it wasn’t for these nonprofits,” said Judy Ross, executive director of the Long Beach Nonprofit Partnership.

It’s more than creating a new generation of art fans and artists—the article says that studies show that missing out on the arts can also impair other aspects of a student’s education, especially for at-risk students. A 2012 report by the National Endowment for the Arts showed that eighth-graders from low socio-economic status who had high levels of arts education, from kindergarten through elementary school, had higher test scores in science and writing.

Another local organization, the Carpenter Performing Arts Center at California State University, Long Beach, exposes students to the arts with programs that spark their interest in dance, music and theater by connecting touring artists with classrooms. The Carpenter Center is the namesake of the famous pop vocal group.

The program features an instructor, paid for by the center, who visits elementary school classrooms to tell them about the performers, returning on a different day with the performer or a member of the show for a workshop. Finally, the kids are then taken to the Center, where they see the performance.

Yet another local group, the International City Theatre, helps third-grade students in the district write and perform mini-plays to spark their interest in theater and to get them to think creatively. “If our youth are not taught to think creatively, our nation will not be able to compete. If you can’t think creatively, you don’t have artists, but you also don’t have scientists, researchers, inventors, or entrepreneurs either,” the theatre’s artistic director and producer told the reporter. They made over 400 classroom visits last year.

In addition to larger organizations, small Long Beach-based nonprofits are reaching out to kids in some of the district’s neediest schools. Some of the instruction focuses on increasing math and language skills by connecting artistic endeavors to those basic skills.—Larry Kaplan