Nonprofits Found to Have Marked Impact on Who Votes 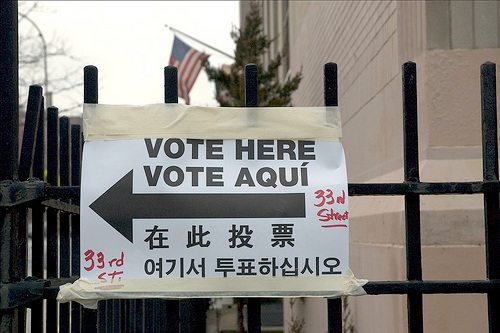 NPQ has repeatedly urged nonprofits to mount get-out-the-vote campaigns in important elections to ensure that constituents have a voice with elected representatives and eventually become those elected representatives themselves, but now we have some additional information about such campaigns that we hope will remind you of the activity’s importance. And we are happy, of course, to report this in the wake of the 2012 elections, where a diverse cross-section of people did come out to vote, to some effect.

Nonprofit VOTE just released the results of a study it did with 94 nonprofits during the 2012 elections to look at their level of effectiveness in increasing voter turnout. The nonprofits were active in seven states, with 33,741 voter contacts among clients, constituents and staff. CIRCLE, the youth civic engagement institute at Tufts University, did the analysis, and they found that the nonprofits in the study proved their ability to increase turnout rates among those least expected to vote and to close demographic gaps in voter participation.

The headline findings from the report:

As this country’s demographics change, it is critical that civil society attend to doing its due diligence where encouraging voting is concerned. It is only one aspect of creating powerful constituencies in active democracy, but it is a pivotal one.—Ruth McCambridge