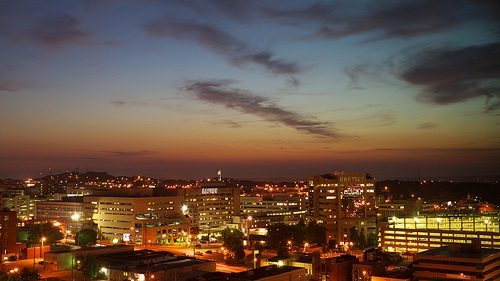 In 2012, NPQ ran a story about a study of the economic impact of the nonprofit sector in Oregon. Recently, a similar study was conducted by a team from the Middle Tennessee State University and commissioned by the Center for Nonprofit Management in Nashville. The study is apparently the first of its kind, looking at the impact the nonprofit sector has on the Nashville Metropolitan Statistical Area (MSA), how nonprofits have fared since the Great Recession, and how they compare to peer communities around the country. The Nashville MSA includes 13 counties, and includes 1.6 million people.

An interesting way of looking at broader impact, however, is when the study suggests that area nonprofits attract money to the Nashville area that originates elsewhere, which the report calls an “export base analysis.” For this, the report states: “The economic impact of the direct spending of $2.7 billion (export base) by the nonprofit sector accounts for $6.12 billion in business revenue, representing 4.37 percent of all business revenues in the Nashville MSA.”

In answer to one of the questions posed by the report, during the Great Recession and afterward, the nonprofit sector in the Nashville MSA fared quite well. Every segment of the sector saw growth in number of organizations, growth in request for services, and in revenue. On the other hand, almost 50 percent of individual nonprofits responding to a survey said they had seen a decline in revenue.

In comparing the Nashville MSA nonprofit sector to that in peer community, a roster of communities most commonly referenced by the local chamber of commerce was examined. This included 10 areas, including Columbus, Raleigh,  Indianapolis and others. A number of indicators were used to compare the sectors, including nonprofits as the total number of establishments in the area, nonprofit revenue as percent of total GDP, and the nonprofit expenditure per capita. Nashville averaged a ranking of third in these metrics, behind only Raleigh and Indianapolis.

To put these numbers in a broader context, the National Center for Charitable Statistics reports that as of October 2013, there were 1,406,820 nonprofits registered in the United States. Tennessee had 27,623, or just slightly less than two percent, and Nashville MSA had slightly more than 2,000 organizations. This ranks the state as 19th nationally in the number of registered nonprofits. Nationally, nonprofits generated more than $2 trillion in revenue, as reported to the IRS on Form 990 filed in the period prior to October 2013. Revenue reported during that time from nonprofits in Tennessee was approximately 1.5 percent of that amount. In terms of annual revenue, Tennessee nonprofits ranked 23rd nationally. Interestingly, only about 33 percent of the registered nonprofits in Tennessee filed a Form 990.