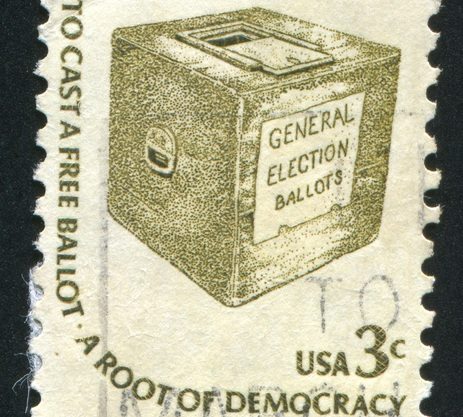 To the extent that nonprofits really believe in small “d” democracy, whatever tatters and shreds of it might still be left, it should be incumbent on nonprofits to turn on the afterburners and get eligible citizens registered to vote—and then to make sure they get to the polls to exercise their franchise.

That goes double for four states where laws restricting voter eligibility have been passed by Republican-dominated legislatures with a not-difficult-to-discern agenda of defeating President Obama. The states are Florida, Pennsylvania, Ohio, and Wisconsin, four states that appear regularly on the list of presidential “swing states.” A special target of these restrictive laws is early voting, including reducing the length of time states will keep designated polling places open for early voting. According to Bloomberg, African American voters comprise a disproportionately high number of early voters. The Obama administration’s Department of Justice has taken action against some of these laws, investigating Ohio’s and Pennsylvania’s, and joining a lawsuit against Florida’s rollback on early voting.

In the face of some of these laws, some nonprofit groups chose to temporarily suspend voter registration and get-out-the-vote efforts, as they found reporting requirements onerous and didn’t want to risk noncompliance. In the case of the nonprofit League of Women Voters in Florida, voter registration efforts were stalled for roughly a year. Might that have been the unstated but welcome outcome of the legislators’ mucking around with voter eligibility standards?

While the motivations of the authors of the voter restriction laws might well be partisan, the notion of maximizing the ability of eligible voters to register and get to the polls, early or otherwise, isn’t partisan. It’s patriotic. Intrepid investigative reporter Greg Palast describes the lawmakers who are crafting these laws as “ballot bandits” and offers seven ways to beat them, which is well worth a read (among his seven suggestions, Palast advises voters not to mail in their ballot, not to cast a vote provisionally, and to vote early, “before the ballot bandits wake up”).

Palast’s upcoming book, Billionaires & Ballot Bandits, notes that in the last presidential election, “1,090,729 provisional ballots were cast and not counted, 1,389,231 ballots were ‘spoiled,’ not counted, [and] 526,420 absentee ballots were mailed in, but not counted.” It would seem that the nonprofit sector has its work cut out for it to protect the most important part of the democratic process available to citizens: the right to vote.—Rick Cohen