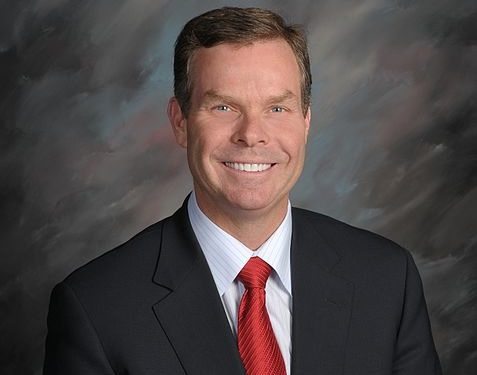 The recent investigation of Utah’s former attorney general, John Swallow, contains big red flags for the nonprofit sector. While there are gaps in the investigations conducted by the Lt. Governor’s office, the Utah House Special Investigation Committee, and the U.S. Department of Justice, there is no question that Swallow, who resigned in disgrace in November, was one real piece of work, warranting every bit of approbation he has received so far, and deserving of revived Justice and FBI reviews.

Swallow’s smorgasbord of improprieties is hard to summarize, as it touched on a number of campaign finance matters. Among the particulars, Swallow apparently arranged to take a boatload full of donations from the payday lending industry, disguising the contributions through a number of dubiously independent nonprofits. Swallow followed this with a pattern of destroying evidence of his guilt (1,300 “lost” emails were just recovered from Swallow’s home computer that had purportedly “crashed”) and fabricating other exculpatory evidence.

For the record, despite his resignation, Swallow continues to maintain that he is completely innocent of everything.

The first of the implications of the Swallow scandal for nonprofits concerns the office of Attorney General. Whether elected like Swallow or appointed, it is difficult to think of a state government office whose integrity and ethics is more important to nonprofits. In most states, the AG is entrusted with the oversight of nonprofits, and when there are bent coppers occupying that office, the entire edifice of nonprofit accountability is jeopardized. Nonprofits should be on the front lines of demanding the highest possible ethics and accountability from AGs, just as AGs demand the same from nonprofits.

Second, the investigations of Swallow, including the Lt. Governor’s decision to recommend no judicial action because the former AG had resigned, and the Department of Justice’s peculiar recommendation that no legal action be taken against Swallow, suggest that government is willing to give violations of campaign ethics a pass. On the conclusion of its investigation into the Swallow debacle, the Special Investigative Committee, however, recommended a fistful of legislative changes to state election laws, including one aimed at the evidence tampering that Swallow did so well. If Utah’s elected representatives cannot bring themselves to go after Swallow with all of the tools at their disposal, nonprofits ought to be pushing for a government in Utah that thinks that violations of public ethics and accountability are actionable.

Third, it appears that some of Swallow’s campaign depredations—to the tune of his campaign coordinating the use of some $450,000 from the payday lending industry—were conducted through dark money nonprofits. The notion that these entities were independent of Swallow’s campaign is completely bogus. For the public, however, the Swallow scandal narrative is that he conducted part of his illegal behavior through shell nonprofits. If the public continues to see reports that nonprofits are the favored tool of crooked politicians, nonprofits of all kinds will be harmed, and explanations that the crooks are using 501(c)(4)s rather than 501(c)(3)s for their perfidious behavior will mean nothing.

In a written statement, Maryann Martindale, the executive director of the Alliance for a Better Utah, said, “We can’t guarantee that our elected leaders will behave well, but we can certainly hold them accountable if they don’t.” The challenge to nonprofits is that they are part of the “we” in Martindale’s statement. Nonprofits have to be active watchdogs and guarantors of the ethics and accountability of the public sector. If nonprofits want an engaged and supportive government structure that backs nonprofit accountability, they have to be front and center in ensuring that government itself is accountable, especially the office of the Attorney General.—Rick Cohen