Nonprofits Take Note: Open Meeting Laws May Apply to You 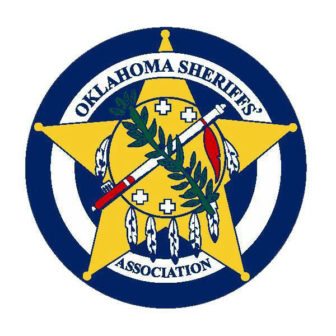 The Oklahoma attorney general has determined that a nonprofit association is subject to the state’s openness laws because it is “supported in part by public funds.”

In responding to a request for an opinion from a state legislator regarding the Oklahoma Sheriffs’ Association, Attorney General Mike Hunter found “it meets the definition of ‘public body’ and is therefore subject to both the Oklahoma Open Meeting Act and the Oklahoma Open Records Act.”

This finding comes at a time that is not the most opportune for the Oklahoma association. It has been the subject of controversy and lawsuits over its involvement in a program that charges criminal offenders 30 percent more if their overdue fines are turned over to a collection agency. The Sheriffs’ Association is one of a number of plaintiffs in this civil rights lawsuit. According to an investigation published in November 2018 in The Oklahoman, the Oklahoma Sheriffs’ Association made over $4 million from its administrative role in the program since 2010 without ever collecting a dollar itself. The 2010 law allows the association to have an administrative role as a go-between with county sheriffs hiring debt collectors to track and find offenders facing arrest over unpaid fines, court costs, and fees.

While this issue was at the core of the legislator’s request for the attorney general’s ruling, it was not this use of “public funds” upon which he based his determination.

The attorney general based his opinion on the association’s paid administrative role in the Oklahoma Temporary Motorist Liability Plan.

That plan allows police to seize a driver’s license plate if the driver doesn’t have proof of insurance. A driver must pay a $125 fee to get the license plate back. The association gets a $10 cut from each fee for administering the plan.

Until now, the Sheriffs’ Association had only made public its annual reports to the IRS of income and expenses. With this ruling, the board of the Association and their attorney will now be busy determining just how open their meetings and records must be.

The conundrum for nonprofits is that the definition of a public body regarding open meeting laws varies from state to state. In this case, Oklahoma defines a public body for purposes of its open meetings law to include entities that are “supported in part by public funds.” Lots of entities are covered under this very broad criterion, including many nonprofits. The attorney general’s definition of “supported by public funds” would include those fees collected by the association as well as the grant to a nonprofit coming from an RFP process.

The Reporters Committee for Freedom of the Press has developed an Open Records Guide on every state’s open meetings and open records laws. Given the nonprofit status of the Oklahoma Sheriffs’ Association, it might be prudent for nonprofits to check this site out and know what the law is in their states.—Carole Levine