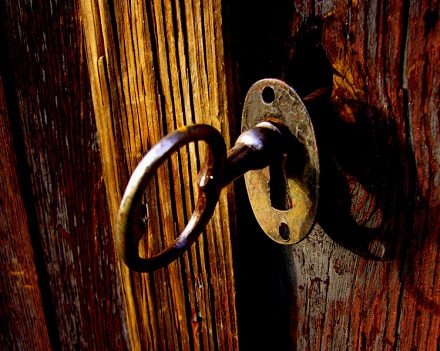 Last week, several public interest watchdogs joined together to push for disclosure of secret corporate donations to super PACs through 501(c)(4) social welfare organizations that do not reveal the names of their donors and the amounts they give. The organizations include Americans United for Change, Common Cause, MoveOn.org, Occupy Wall Street, the Campaign for America’s Future, Health Care for America Now, the Public Interest Research Group (PIRG), the Coalition for Accountability in Political Spending (CAPS), and Public Citizen. According to the Washington Post, “Some of the[se] groups do reveal their biggest contributors voluntarily, but not at the level of detail required for political campaigns, super PACs and other explicitly election-oriented organizations.”

The lead organization, Americans United for Change, is mostly funded by labor unions—including the National Education Association, the American Federation of State, County and Municipal Employees (AFSCME) and the Service Employees International Union (SEIU)—but as a 501(c)(4), it doesn’t provide a detailed picture of its funding. According to Robert Creamer, identified as an “adviser” to this campaign, Americans United “abides by the same standards and rules as all (c)4s” but voluntarily discloses the identities of its labor funders. Creamer says that the disclosure campaign is targeted at secret corporate donors only, based on the “argument that corporations should not be investing shareholder money in trying to influence elections.”

The campaign is all well and good, targeting secret corporate donations, promoting shareholder resolutions for revealing corporate political spending, and offering a $25,000 reward to any corporate employee who leaks documentation of secret corporate political expenditures. Nonetheless, the problem is not simply secret corporate spending; it is secret donations to 501(c)(4)s by corporations and individuals. A CEO’s personal, undisclosed donation to a (c)(4) is just as secret and just as prone to fuel social welfare organizations that do precious little programming for social welfare. In terms of its deleterious impact on the American political process, how different is a hypothetical secret multi-million dollar donation from the Las Vegas Sands Corporation from a donation of the same amount by Sands CEO Sheldon Adelson? It is the secret, undisclosed, “dark” funding that goes to (c)(4)s—not just the donations that come from corporations—that is chipping away at political campaign reform.

What’s at stake for the nonprofit sector in this? A representative of Karl Rove’s Crossroads GPS, Jonathan Collegio, attacked the Americans United effort by aligning 501(c)(4) confidentiality with the confidentiality rights of 501(c)(3)s: “It gets back to the whole reason why private nonprofit corporations aren’t required to disclose their donors to the government,” he noted. “It’s a long held precedent that groups should not be tormented by the state because of the ideology they espouse.” When the nonprofit sector is evoked as a defense for blowing up the small “d” democratic process with secret campaign money, the sector ought to gear up to say something in defense of campaign finance reform.—Rick Cohen