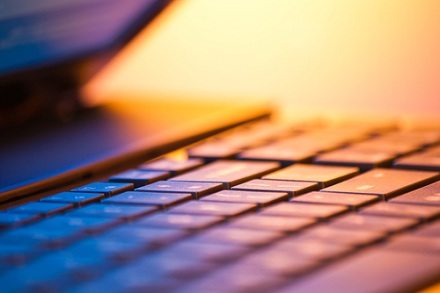 Despite some gains, the digital divide more broadly affects Latinos than nearly any other demographic group in the U.S. While public policy efforts and outreach campaigns seem to have had only a modest effect on improving the matter, a number of nonprofit organizations are working diligently to create a new generation of tech-savvy Latinos.

A recent report from the Public Policy Institute of California (PPIC) shows Latinos lag significantly behind other groups when it comes to technology adoption rates. About six million Latinos in California aren’t online and large disparities among Latinos persist. Some Latino subgroups are similar to other racial/ethnic groups in their access to broadband. For example, relatively high rates of access are evident among those who are U.S.-born (76 percent), prefer to speak English (75 percent), and earn at least $40,000 per year (75 percent). But other Latino subgroups still lag far behind in their rates of Internet access, such as those who are foreign-born (48 percent), prefer to speak Spanish (46 percent), or earn under $40,000 annually (50 percent). Surveys of Latino populations across the U.S., such as this Pew study, have presented similar findings.

“Latinos with incomes under $40,000 are among the lowest adopters of broadband, ” says Dean Bonner, survey project manager at PPIC. “Among Latino adults who don’t have a computer at home, cost was the number one reason, but there is also this large portion of the population that says they are just not interested. This is not to say that Latinos don’t see the value in it. According to a survey we conducted last year, a majority of Latinos said that not having high-speed Internet is a major disadvantage when it comes to finding information about job opportunities, gaining new career skills or accessing health information.”

Raquel Donoso, executive director of the Latino Community Foundation, believes that people are stunned when they hear about the severity of the problem. “I’m glad we’re making progress, but it’s clear that we’re hugely behind,” she says. “When I think about how adept the kids in my family are using technology and they are so little, then I think about kids who don’t have this access and all of the challenges they’ll have keeping up, I see the gap growing so fast and it’s only getting worse.” Donoso believes it will take a coordinated effort between the public, private, and social sectors to increase technology adoption within the Latino community. “There has been a big push about making Latinos a college-going culture and we’re seeing progress,” she says. “Now we need to make our community a tech-going culture.”

Oscar Menjivar, founder of Urban Teens Exploring Technology (Urban TxT), understands the value of moving the Latino youth in his Los Angeles-based program beyond technology consumers and into the role of technology developers. “One of the ideas out there is that mobile is helping to bridge the digital divide. While that’s true to a certain point, if I tell a person to create a website, they can’t do that kind of programming on a mobile device,” Menjivar says. “A lot of youth in our program come in with this fear that they will destroy or hurt the computer. We use a model of what I call experimental learning, where we give young people small projects to complete, like building a website or editing a video, and then say, ‘Go ahead and experiment and we’ll be here to support you if you do mess up.’ Creating technology is more important than consuming it.”

In his role as a consultant to other nonprofits, Menjivar sees several misconceptions that people in the social sector have when it comes to teaching young people about technology. “I interviewed about 35 to 50 students and asked them how they wanted to learn,” he says. “Most wanted to learn in English—even among native Spanish speakers. They said to me, all of our classes are in Spanish, but then we go home and all the technology is in English.” At a recent international technology conference, Menjivar says that he also discovered that Latinos educated in Central America and Mexico learned programming in English.

Another misconception in the social sector, Menjivar says, is that technology competes with other priorities. “If we want to be at the forefront, we need to keep tech parallel—right there with other issues,” says Menjivar, who notes that, often, the change that needs to happen is often as much about creating a cultural shift within the organization as it is about having an adequate technology infrastructure. “I’ve heard nonprofit leaders say that education, housing, or immigration are more pressing issues. The reality is that everything is online at this point. For example, if a mother goes to a government agency or is looking into financial aid, she is going to be told by the agency that she needs to find the information online.”

At SaySi, a San Antonio-based youth arts program, media arts director Guillermina Zabala views technology as a pathway toward developing young peoples’ artistic voices. “I don’t see a difference between students’ ability to use technology,” says Zabala, “even among first generation students that don’t have Internet access at home. The kids who come from outside of this country, even after being here two to three years, learn the language, learn the culture and learn how to use technology.”

Students work alongside professional staff and media industry professionals at SaySi to learn documentary film production, graphic design, animation, and website development. One of Zabala’s students, Emileigh Potter, created a documentary on the Dream Act, The Dreamer, which won the “Most Inspiring Documentary” award in 2011 from PBS’ Project VoiceScape. “We don’t teach technology per se,” says Zabala. “It’s more about how we incorporate technology into the learning process. It’s about developing a story, then deciding how to use technology to talk about your community.”

It’s not only nonprofits serving youth that are embracing technology as a means for Latino-focused social change. Voces Móviles (Mobile Voices), aka VozMob, is an online blogging community comprised of immigrant and low-wage workers who post stories about their lives directly from their cell phones. The organization came about in 2007 as a project of The Institute of Popular Education of Southern California (Instituto de Educacion Popular del Sur de California, or IDEPSCA) to counteract negative online images of immigrant workers. “We wanted our community to create a space for itself, to show our own stories,” says VozMob co-founder Amanda Garces. “We also knew that there’s a huge digital divide. We mostly work with household workers and day laborers. But the workers did have cell phones, so we created a platform that would allow them to connect with their phones.”

VozMob bloggers can send a text with a photo or multiple photos or a short video and audio. “So right there you can create a story,” says Garces. In some cases, bloggers will then go to a computer at one of IDEPSCA’s day labor centers, log in and elaborate more on the piece, which might focus on an individual story, a community event or a social action. “The project began with an important premise of leadership development,” says Garces. “We were trying to discover how to use this platform as a tool for social change. We were asking ourselves, ‘How do we empower the workers who are using it in the movement toward social justice?’”

According to Garces, more than 800 people have received technology training through the VozMob program in the past three years. One blogger, Madelou, has posted a series of photos and text titled “hands that work” that began more than three years ago. According to Garces, “Madelou was working at a factory in L.A. and couldn’t believe the speed of the hands of the workers, because they work by piece. She started taking pictures of hands—hands selling pupusas on the street, hands of day laborers in construction. Now she has this beautiful series that she has created.”

Connecting the Dots from Initiative to Impact

In addition to local community efforts, increasing technology adoption among Latinos will also require broader public awareness efforts. “There needs to be a larger communications campaign that comes from the needs of the community,” says the Latino Community Foundation’s Donoso. “What we see in advertising targeted at the Spanish-speaking market is lacking in a lot of ways. They use affluent frames that don’t resonate with our community.”

For example, several people interviewed for this article commented on how connecting to family members outside of the U.S. is one of the greatest unexpected benefits that Latinos cite when they get online. “If you come into this country and everything is new to you, there is a lot of depression and social isolation,” says Donoso. “We had a family member who hadn’t talked to their mother in years, and was able to have a video conversation with her on Skype. People may gloss over that kind of use of technology because it’s not a hard skill learned, but it’s providing benefits around the mental health of our community.”

Donoso adds that who delivers the pro-tech message, and how they deliver it, is also important. “Members of the community trust certain organizations. Whether it’s a counselor they have been working with or a clinic that they have been going to, they are more inclined to pay attention,” says Donoso. “A lot of advertising and digital literacy training is unconnected. The more we can meet people where they are, the more impactful these efforts will be.”