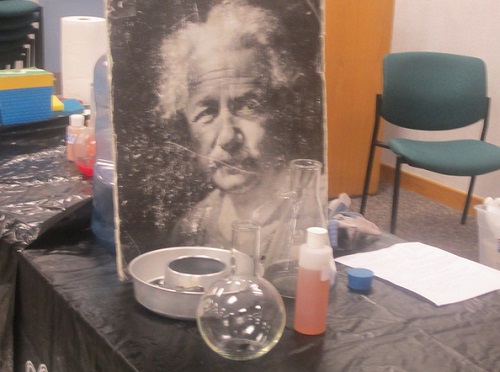 A coalition of nonprofit arts organizations in Northern Colorado are organizing an advocacy effort to put a tax proposal in front of voters in 2016 to help fund regional scientific and cultural groups, reports the Coloradoan.

It would be modeled after a Denver Scientific and Cultural Facilities District approved by voters back in 1988, funded by a one-tenth of one percent sales tax that’s brought in $804 million to scientific and cultural organizations.

Local boosters say that the area around Ft. Collins has the potential to become an artistic and cultural center with such an arts and science tax: “There’s probably not an arts council anywhere in the nation that doesn’t have some sort of public funding.”

The tax would be similar to Denver’s, which funds art, music, theater, dance, zoology, botany, natural history and cultural history. Any nonprofit or public agency that falls within the district’s boundaries and has the primary purpose of “the enlightenment and entertainment of the public through the production, presentation, exhibition, advancement or preservation” of any of those disciplines would be eligible for funding from the tax, boosters told the paper.

Local arts nonprofits learned the hard way during the Great Recession about the limits of relying solely on philanthropy, social enterprise, and government grants, with several arts and culture organizations forced to scale back operations. Cultural tax district funds would provide resources of building maintenance, staffing, and programming.

The regional arts district in Northern Colorado has been a dream ever since Denver passed theirs, and then extended it in 1994 and 2004. The Coloradoan reported that the seven Denver metro counties that the district serves also saw a jump in arts and cultural spending by visitors.

The Northern Colorado coalition’s advocates organized two formal attempts—in 2008 and 2009—at getting a citizen initiative for the tax district, but neither ever made it to the ballot. They began to talk about another attempt last year. Specific details about the tax, including how much it would be or how much money it could potentially bring in, will be worked out over the next three to six months after an analysis of options. It will likely be a regional approach, with several counties included.—Larry Kaplan

More about: arts nonprofits science and cultureArts and Culture