Not Hate Mail, but Teachers Send “Disappointment Mail” to Obama 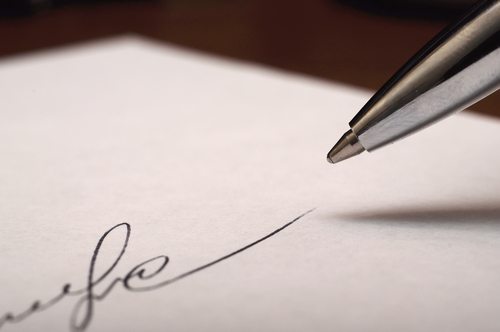 Although it is difficult to tell from some of the coverage of nonprofits engaged in education reform, there are many teachers unhappy with the Obama administration’s comfortable marriage with school privatization, particularly with the charter school and high-stakes testing emphases in the Race to the Top program. As the NPQ Newswire previously noted, educators Diane Ravitch and Anthony Cody initiated a campaign for teachers (and administrators, parents, and students) to write to President Obama to let him know how they felt about the education reform policies being pursued by the president and the very pro-privatization Education Secretary Arne Duncan.

The letters, which can be viewed here [PDF], are quite powerful, especially since, in most cases, they feature personal statements from teachers who otherwise support President Obama, not mere signatures on pre-written text. Ravitch’s own letter is particularly powerful. She writes, “Please, Mr. President, stop talking about rewarding and punishing teachers. Teachers are professionals, not toddlers.” She also asks the president to “stop encouraging the privatization of education” and to “speak out against the spread of for-profit schools.” In Twitter communication with NPQ, Cody writes that he compiled and sent 378 letters to the White House on October 18th as part of the Campaign for Our Public Schools that he and Ravitch initiated.

We wonder what the reaction will be when Secretary Duncan reads this from a Florida teacher: “My state accepted Race to the Top funding. Teachers were informed that the airplane was being constructed as we all flew in it. What? We make things up as we go? It feels demeaning though I guess this is the new normal in many areas to pass a law and then fill in the details as time goes on.” Or, what will the president, a former Chicago resident, think when he sees this from an elementary school teacher in Chicago: “Four years ago, I was your biggest fan…As a CPS teacher who was just on strike as a proud member of the CTU, I was highly disappointed with your lack of support for us. I felt betrayed…Stop blaming public schools and public school teachers.”

It’s an odd thing for educators. On the broad issues of school privatization, there isn’t a huge difference between the president and his challenger, former Massachusetts Gov. Mitt Romney. Remember that, in the debates, Romney even lauded the Race to the Top program. The policy difference between the two candidates is more along the lines of the macro issues, with Romney’s plan likely leading to a gutting of much of the federal domestic budget, unavoidably including, it would seem, federal spending on education. But some of the president’s major education reform supporters, such as the Bill & Melinda Gates Foundation and the Broad Foundation, are big into charter schools and, despite occasional denials, high-stakes testing. How can teachers get their point across to Obama and Duncan to counteract the juggernaut of education reformers who favor a path toward increasing privatization and corporatization of public education?—Rick Cohen