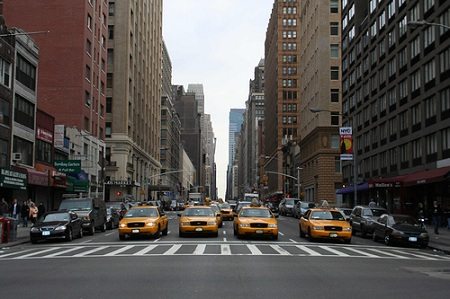 For nonprofits looking to revitalize neighborhoods, the standard tools have been tactics like beefed-up security, picking up litter and streetscape improvements. But now community redevelopment groups are beginning to embrace the value of technology as a tool for revitalizing urban areas. That’s what led the Chelsea Improvement Company in New York City’s Chelsea neighborhood to team up with Google to provide free WiFi in the neighborhood. Google recently established a large headquarters in Chelsea, and cynical commentators have pointed out that free WiFi allows Google workers to be productive even outside on their breaks.

Chelsea Improvement, however, sees the move as a perfect fit with its mission to “provide services that supplement those provided by city government—like sanitation and security programs—and investing in the neighborhood streetscape.” On its website, Chelsea Improvement Company explains that the goal is to cement Chelsea’s reputation as New York’s hub for high-tech and media companies.

Big businesses and high-tech startups will also benefit from the free WiFi. So will many students who live in the area, as well as 2,000 residents of the New York Housing Authority who live within the boundaries. Supporters of the partnership say they hope it will help bridge the digital divide, an aim that has gained more prominence as tech companies like Google and governments in other areas consider the advantages of free access to the Internet.

“This is the largest (area) we’ve ever done,” Alex Abelin, community affairs manager for Google, told the New York Daily News. “The best way to help a community is to connect it. People don’t know that 15 percent of Chelsea lives below the poverty line. This can help that.”

One interesting fact for other community redevelopment corporations intrigued by the idea of revitalization through WiFi: the cost is surprisingly low. In Chelsea, the cost was $115,000 to build the network and annual maintenance is expected to be approximately $45,000. Google is picking up two-thirds of the tab and Chelsea Improvement is paying the rest. New York City Mayor Michael Bloomberg recently said he’d like to see the whole city wired for free WiFi.

What do you think? Could WiFi be a low-cost, high-impact way to attract business and improve quality of life? –Mary Jo Draper