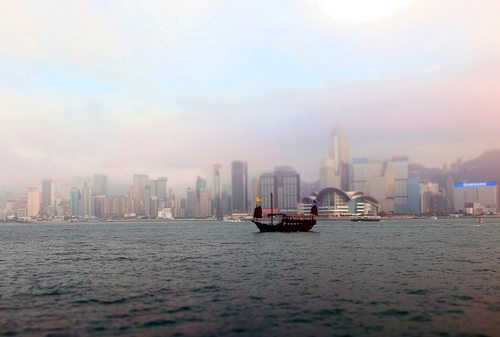 “We are very sorry for the inconvenience, but we need democracy,” read signs at the student-led protest dubbed “Occupy Central” in Beijing. Protestors in Hong Kong’s business and political core are entering their fifth day of occupying public places in response to an electoral reform proposal Beijing recently advanced that gives China’s central government pre-selection control over who is able to stand for election for chief executive of that city.

Hong Kong Basic Law, agreed to by Beijing in Hong Kong’s 1997 handover from Britain, stipulates that nominees for chief executive will be chosen by a “broadly representative nominating committee, in accordance with democratic procedures.” So protestors are calling foul and demanding fully free elections in 2017.

Some observers, reacting to the use of tear gas on the crowd on Sunday and recalling the horror of Tiananmen Square, are warning that the protests may elicit a violent intervention, though the central government is denying any intentions along that line.

Steven Stromberg suggests in the Washington Post that the protests are part of a longer call to action for democracy:

“The fight over electing the chief executive is just one round in a series of interactions between Beijing and Hong Kong as they sort out how the city is to be governed. Communist Party leaders may get the message that they cannot slap Hong Kong—an advanced society that cherishes its basic rights, maintains the rule of law and can distinguish authentic democracy from managed democracy—without Hong Kong slapping back in a way that harms China.”

He also suggests that the protests “may push Hong Kong leaders to better represent the city’s interests in their interactions with the central government.” Indeed, Al Jazeera reports that Emily Lau Wai-hing, a lawmaker with Hong Kong’s Democratic Party and a key backer of the movement, says that if successful, Occupy Central “would be a good demonstration for the whole of China and for the international community.”

But Elizabeth Economy, a Chinese policy scholar at the Council on Foreign Relations, says “Nothing the administration [of Chinese President Xi Jinping] has done in his political reform of the last two years of leadership shows greater avenues for political participation and freedom of voice…Everything has been in the other direction.”

The protestors are urging participants to look to October 1st, 2014—Chinese National Day—when their own next steps will be declared. Vice reports one reaction: “I will stay for as long as it takes,” said Jackson Tsung, a university student. “I am scared about what will happen to me, but what’s the point in living if we can’t live in a place we can call home?”—Ruth McCambridge