Oh, The Place You’ll Go in 2016: The Seuss Museum in Springfield, MA 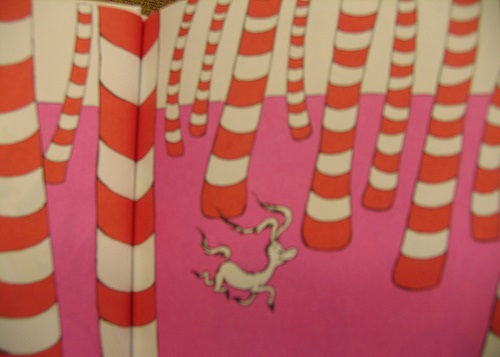 In an effort to ensure no other city will claim Dr. Seuss for its own, Springfield Museums has announced it will create “the first museum dedicated to the life and legacy of (Springfield) city native Theodore Seuss Geisel.”

The Amazing World of Dr. Seuss Museum is scheduled to open in 2016 at the Quadrangle, precisely two blocks away from the real-life Mulberry Street, the site of Dr. Seuss’s very first picture book, And to Think That I Saw It on Mulberry Street. The museum will also be only a few blocks from the Dr. Seuss National Memorial Sculpture Garden, where sculptor Lark Grey Dimond-Cates, Geisel’s stepdaughter, created bronze sculptures of Dr. Seuss and some of his most beloved characters, including The Cat in the Hat, Horton the Elephant, the Lorax, and Yertle the Turtle.

The new museum will feature all those characters and many more, and include a mural of an illustration from that first book, “which launched Geisel’s career as the most recognizable in children’s literature.” The first floor of the museum will open in 2016, and a second floor, which will include a “recreation of Ted Geisel’s studio,” is scheduled for completion the following year. The Springfield Museums has raised more than three million dollars toward the project, which includes “funds from donors, foundations and $1 million grant from the state.”

As WAMC-Radio reported, “The Dr. Seuss Museum will include interactive exhibits featuring the classic characters from the children’s books,” which “include references to many local landmarks.”

Like the hugely successful Eric Carle Museum not far away in Amherst, Massachusetts, the new Dr. Seuss Museum will promote both its namesake and children’s literacy overall. Dr. Seuss’s books are sold in 17 languages in 95 countries, making this development important for tourism and as a place to promote and cultivate a love of children’s literature. Museums officials, citing the worldwide popularity of Dr. Seuss, expect the new museum will result in a 25 percent increase in visits to the Quadrangle. They also believe it will help advance the cause of literacy in their community and beyond. In Springfield, currently “only 40 percent of the city’s public school students are proficient readers.” City officials hope to double that percentage over the next year by the time the new museum opens.

Springfield Museums President Holly Smith-Bové said at a meeting of the editorial board of the Republican, “With input from the Davis Foundation, educators from the Springfield public schools and Square One early childhood agency, the museum will also be a place where children can practice the basic reading skills including letter recognition, vocabulary and rhyming.”

Algorithms and Art: Is San Diego Asking the Right Questions about Public Funds?

New York’s MoMA Expands, But Seeks to Cut Back on Staff Benefits