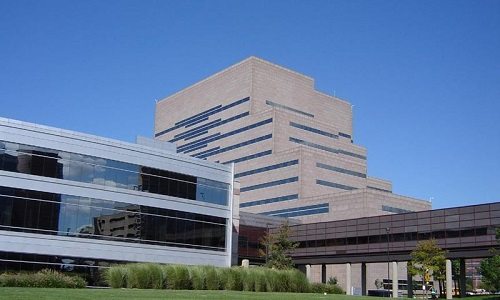 The Ohio Department of Taxation has reversed its position and will support the Cleveland Clinic Foundation’s tax exemptions on property it owns in Cleveland and one of its suburbs, Beachwood, according to the Cleveland Plain Dealer.

This reversal did not please the Beachwood and Cleveland school districts challenging the tax exemption in a decade-long battle. In briefs filed by the Ohio tax commissioner, the Taussig Cancer Center in Cleveland and Beachwood Family Health Center were recommended for a tax exemption because “they are an integral part of the nonprofit hospital system.” The case is still pending.

Beachwood’s school district has been fighting the tax exemption since 2002; the bulk of property tax revenues go to school districts in Ohio. “One can only speculate as to the political reasons for this reversal, but no one can deny the frustration for our district given the valuable time and resources expended defending this matter,” a spokesman told the paper.

An attorney for the school boards told the Plain Dealer that tax officials under former governor Ted Strickland, a Democrat, aggressively defended the 2002 denial of the Clinic’s application, but appointees of Republican Gov. John Kasich have not.

He added that “[state officials] don’t really have a dog in the fight because they don’t get the local property tax…it’s a local issue between the applicant and the school district.”

When the Clinic Foundation applied for tax-exempt status in 2002 and Beachwood schools challenged it, the tax commissioner at the time sided with the district and denied the application because the facility provided little charity care and served as an office building for physicians, according to the article. The Clinic appealed the decision and the case has lingered. Then the Cleveland school district objected to an exemption granted to the Cleveland Clinic for its Taussig center, and that case was combined with Beachwood’s, which would collect more than $8 million if it wins. The Cleveland Teachers Union and others told the Plain Dealer that if Cleveland’s nonprofit hospitals paid property taxes, it would generate an estimated $43 million in local revenue each year.

The Ohio attorney general argues that the facilities in question should be tax-exempt because they are essential and integral parts of the Clinic, whose core mission is to provide charity care to indigent patients. A 2010 Ohio Supreme Court decision says that tax-exempt hospitals and satellite facilities must have a nondiscriminatory charity care policy and accept all patients regardless of ability to pay. The Cleveland Clinic says it meets those standards.

The case illustrates the ongoing controversy over the tax-exempt status of nonprofits, primarily larger institutions such as medical centers and universities, in many Eastern and Midwestern states where local governments rely heavily on property taxes. In Pittsburgh, the dispute over the levying of PILOTS—payments in lieu of taxes—has been a political hot potato for years, figuring heavily in last year’s mayoral election.

Advocates for the nonprofits say they contribute significantly to their communities’ civic and cultural environments, and that their employees—often in the hundreds, if not thousands—pay taxes and stimulate the local economies.  Local government officials say these large nonprofits place the same demands on basic city services like police and fire protection, street maintenance and sanitation services as the private for-profit property-owners who are paying taxes.

The irony of it all is that there are two important sectors of a local community, both pledged to help communities and individuals in need, arguing over a diminished pot of resources.—Larry Kaplan