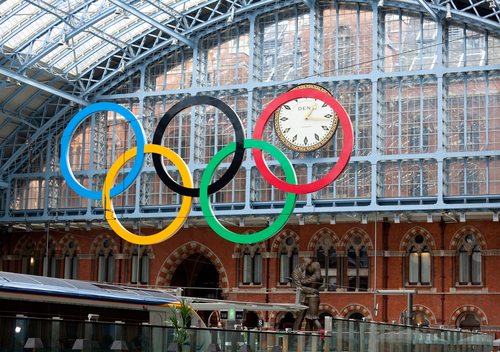 Stanley Tate spent thousands of dollars on advertising in hopes that the International Olympic Committee (IOC) would include a minute of silence at this year’s Olympic Opening Ceremony on Friday to honor the memory of the 11 Israeli Olympians who were murdered by Palestinian gunmen at the Munich 1972 Olympic Games. Tate purchased advertising space for his “Right the Wrong” promotions in the New York Times, Wall Street Journal, Los Angeles Times and Miami Herald encouraging people to contact the IOC and the U.S. Olympic Committee (USOC) in order to urge them to incorporate such a remembrance 40 years later. “These athletes went to the Munich Olympics as the best-of-the-best and were killed inside the Olympic Village for representing Israel and for being Jewish,” Tate said.

Tate isn’t the only voice pushing the Munich minute of silence. A Change.org online petition for the minute of silence has gathered more than 107,000 signatures. Family members of the murdered athletes are also scheduled to present a formal request for Jacques Rogge in London, and—in one of the few things that the sparring candidates have agreed on—President Barack Obama and challenger Mitt Romney have both stated their support for a minute of silence.

The most compelling argument for the minute of silence, however, may have been delivered by Lenny Krayzelburg, a swimmer and four-time Olympic gold medalist who is Jewish and American. Krayzelburg told the New York Times that the Olympics are “about peace, humanity, about celebration of life, about [the] world coming together…When you walk through the Olympic Village there is no political involvement, just freedom, understanding, camaraderie, no matter what country you’re from or walk of life…That was forever interrupted in front of the world; the whole world witnessed what happened in 1972…It is only appropriate that the whole world witnesses, and experiences, a moment of silence to recognize the 11 Israelis.”

In response to Tate’s request, the IOC said that a moment of silence would not be appropriate at this year’s Opening Ceremony. IOC President Jacques Rogge has stated that the organization has honored the victims in other ways, but that “the opening ceremony is an atmosphere that is not fit to remember such a tragic incident.” Renowned NBC sportscaster Bob Costas will be honoring the slain athletes during his network’s broadcast on Friday. Tate thinks that is “a nice gesture, but it’s not enough.” What do you think? Should the Olympics honor the memory of those killed at the Munich Olympics 40 years ago at the Opening Ceremony this year, as Tate and others suggest, or is that not the appropriate stage for such a remembrance, as the IOC has maintained? –Aine Creedon and Mike Keefe-Feldman