On News of Kennedy Death: A Moment at Boston Symphony that Resonates Today 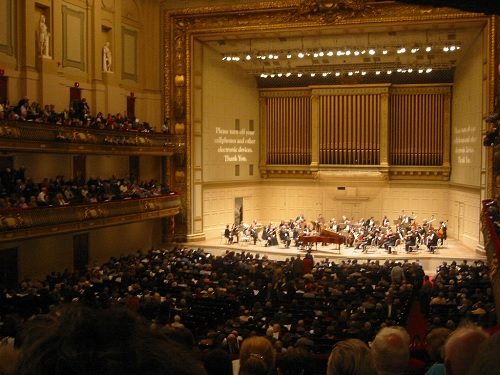 In recent months, NPQ has joined in the conversation about economic challenges facing large US cultural institutions, especially orchestras and opera companies, which have had to struggle through public relations nightmares regarding issues such as labor disputes, charges of greed, and failures of governance.

Today, however, we pause and remind ourselves why these institutions matter so much to us, by recalling a moment in our collective memory—just one of an infinite number of such moments that might be cited—when words failed and music eloquently spoke to and united a grief-stricken audience and the gifted artists who played for them.

Time reporter James Inverne describes what happened on Friday, November 22, 1963, when the start of a Boston Symphony Orchestra matinee coincided almost exactly with the news that President Kennedy had died. Music director Erich Leinsdorf learned of the news just in time to have the orchestra’s librarian, William Shisler, locate and distribute copies of the funeral march from Beethoven’s Third Symphony to the orchestra, quietly conveying the news to the musicians as he moved around the stage.

The performance was a radio broadcast, and the radio announcer had already introduced the first piece that was to have been played when Leinsdorf took the stage, shared the news, and began to lead the orchestra in the funeral march. Because of the radio broadcast, we can still hear his brief speech, the audience’s reaction and the solemn music. It’s worth finding 15 minutes in your day to listen to this recording.

While you listen, imagine how it would have felt to be there in Symphony Hall, in the U.S. city that perhaps would have taken the news harder than any other. Or imagine tuning in to WGBH, expecting to hear a concert, and instead being pulled right through your big old radio and into that shared sorrow.

Then, imagine what it might have been like to be one of those musicians—who’d had only a minute or two longer to absorb the news than anyone in the audience and who’d been prepared to play something else entirely—having to pick up your instrument and play your heart out, even as it was breaking.—Eileen Cunniffe