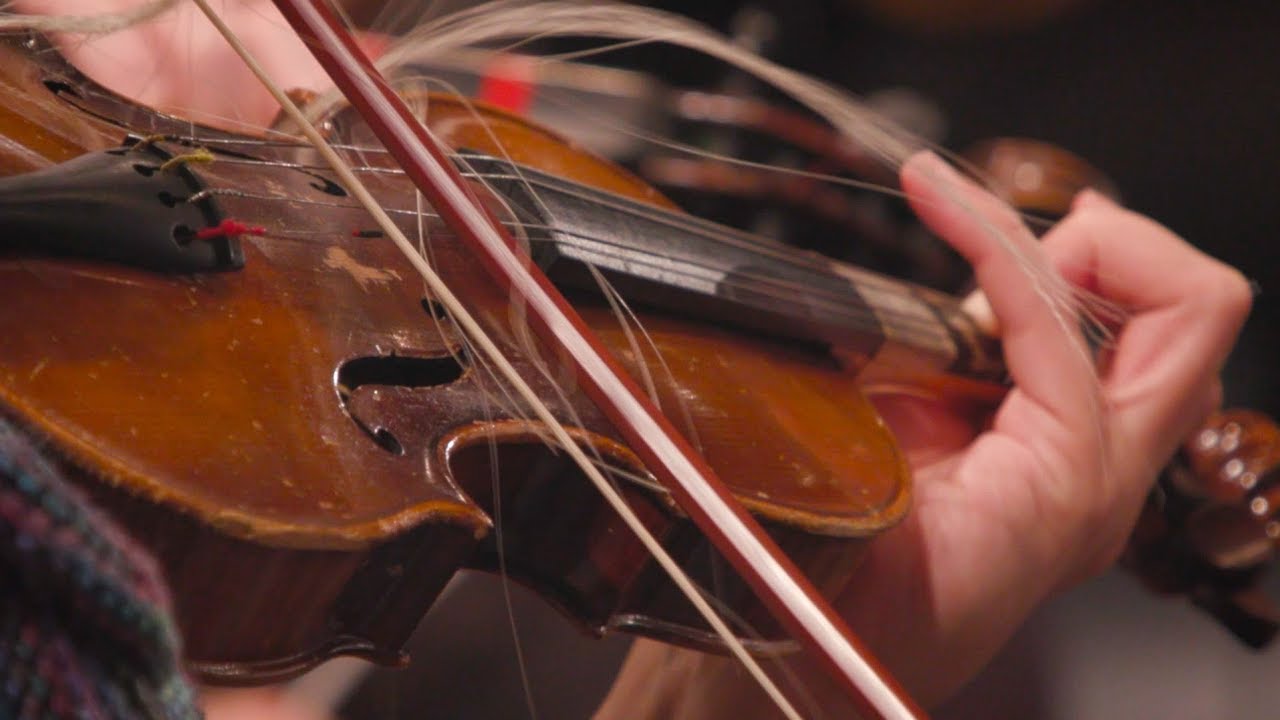 The opening frame of the new 12-minute documentary “Broken Orchestra” states that between 2007 and 2017, the annual budget for arts programs in Philadelphia’s public schools plunged from $1.3 million to $50,000. Among the many casualties of the school district’s money woes were hundreds of broken musical instruments that could no longer be loaned to students because there was no money to have them repaired. But now, thanks to a bold experiment in both music-making and philanthropy, 1,500 instruments have been fixed and put back into the hands of the city’s public school students. As described in Broad Street Review, the film “celebrates a successful attempt to make musical lemonade when the budget office hands you fiscal lemons.”

In 2017, NPQ reported on “Symphony for a Broken Orchestra,” a project still in its early stages. The idea was to call attention to the broken instruments by collecting them and then creating a piece of orchestral music that could be played from the range of sounds—some of which were anything but musical—made by damaged instruments. The hope was that people from the community might then step in and “adopt” individual instruments, paying for the needed repairs.

With support from the Pew Center for Arts & Heritage and the Barra Foundation, Pulitzer Prize-winning composer David Lang was commissioned to write the work. As explained on the project’s website, Lang worked from a library of sounds recorded by local musicians:

Found Sound Nation, in collaboration with Temple Contemporary, has meticulously recorded the sounds of over 800 of broken instruments in an effort to inspire the public to “adopt” these instruments and raise funds to repair and return them to public schools throughout Philadelphia. For these recording sessions, we invited great musicians from around Philadelphia to improvise on damaged horns, flattened fiddles, splintered double bases, padless saxophones, leaky clarinets, and busted-up snares and created a sample library of hundreds of ‘wounded’ but magnificently unique instruments.

“Symphony for a Broken Orchestra” was planned and delivered as a one-time-only performance. It lasted for 40 minutes and featured 400 musicians—from public school students and teachers to members of the Philadelphia Orchestra—on December 3, 2017. The concert—and therefore the fundraising project—received national media attention, including an article in the New York Times that included the following passage:

Mr. Lang’s score explored the idea that the hundreds of damaged instruments were “only broken in the Western classical-music sense,” he said. In the opening, they were almost silent but gradually awoke with percussive sounds reminiscent of a rainstick. Performers tapped on violin bodies and clicked the valve keys of horns. At one point, a cellist made noise by turning a stringless peg.

The Times article noted that the orchestra members ranged in age from a nine-year-old cellist to an 82-year-old oboist. It also noted that on the morning following the performance, the instruments were delivered to repair shops so that the work of restoring them could begin. In the film “Broken Orchestra,” Lang states that “the entire life cycle of the piece was a success,” because by the time the concert took place, enough money had already been raised to repair those 400 instruments.

But thanks to the success of the symphony—and the media attention it received—this story just kept getting better. The project website notes that more than 900 individuals from around the world adopted instruments and paid for their repairs. The film, directed by Charlie Tyrell, reports that 1,500 instruments have now been repaired and placed back into the hands of Philly students. Many of the repaired instruments were fixed in time for the start of the 2018–19 school year. Schools have also received repair kits, so that simple repairs can be made by teachers without having to sideline instruments.

The 12-minute documentary is well worth watching and features interviews with project leaders as well as community members who performed in or attended the symphony. While the participants are clearly thrilled with the impact of “Symphony for a Broken Orchestra,” several note that it is too soon to declare victory over the budget woes and other problems that hinder public schools—in Philadelphia and elsewhere. More than one interviewee suggested that the idea of having community members adopt broken school instruments to underwrite the cost of repairs could be replicated, and just might help to make a little musical lemonade in other struggling school districts, too.—Eileen Cunniffe