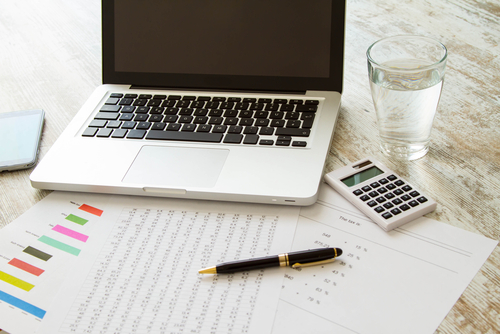 The accounting firm of Loeb & Troper is an institution among institutions in the New York Jewish charitable community. It has performed the most recent audits for 28 of the big Jewish nonprofits in the city—a very big market share for a relatively modest firm. It has close ties dating back almost a century with that subsector and has essentially acted as the “auditor of choice” for that community.

The problem is that two of their clients, FEGS and the New York Legal Assistance Group, have recently turned up with what could be called serious financial irregularities. FEGS quite suddenly announced that it had uncovered a $19 million deficit and would be forced to close, and the president of the New York Legal Assistance Group resigned this month after a federal investigation into alleged “accounting irregularities” was launched.

The Jewish Daily Forward, which does excellent charity reporting, here reports that the firm has been “long embedded in the tight network of social and communal bonds that weaves together New York’s Jewish charities” but that may be shifting now, with some in that community looking elsewhere. Other background on this can be found here.

Among those who have already left Loeb & Troper are the American Jewish Joint Distribution Committee and the Zionist Organization of America. The last failed to file returns for three years and eventually had its tax exemption revoked. But others may be considering a change as well, according to an unnamed source.

Despite the fact that no one is accusing Loeb & Troper of malfeasance, some do note that the firm is one relatively visible commonality in what the Forward has previously described as a group of agencies with a lot of—perhaps too many—interconnections, and that may hurt it in the end. Adding to any discomfort among clients may be a relatively new “best practice” expectation, flowing from the Sarbanes-Oxley Act, that auditing partners on particular accounts be changed regularly. This could certainly mean that a nonprofit simply changes partners within the firm, but in a situation like this, it may spark more than that. While this sort of rotation is not required for nonprofits, it may serve as an extra layer of proof of accountability.

But there is some powerful social history here that should be acknowledged. The Forward writes:

“Loeb & Troper came honestly to its position as the go-to auditing firm for many Jewish charities. Founded in 1919 by Morris Troper and Simon Loeb, the firm specialized early on in auditing New York charities. An early client was the Joint Distribution Committee, which was engaged in helping Jews escape from Western Europe amid the rise of the Third Reich. In 1938, Troper left his firm to head the JDC’s office in Paris. While there, he was responsible for resettling the more than 900 Jewish refugees on board the M.S. St. Louis, the ship of German Jews that sailed from Hamburg to Cuba in 1939, only to be sent back to Germany.

“Troper personally arranged for the families on board to be given refuge in Holland, France, England and Belgium. The next year, when the Nazi armies took Paris, Troper fled the city just ten hours before the Germans arrived. He moved the JDC’s operation to Lisbon before going to work for the U.S. War Department in 1942.”

Reportedly, the Jewish nonprofits that have moved on from Loeb & Troper recently have gone to bigger accounting firms.—Ruth McCambridge