One Foundation’s Variation on a Challenge Grant 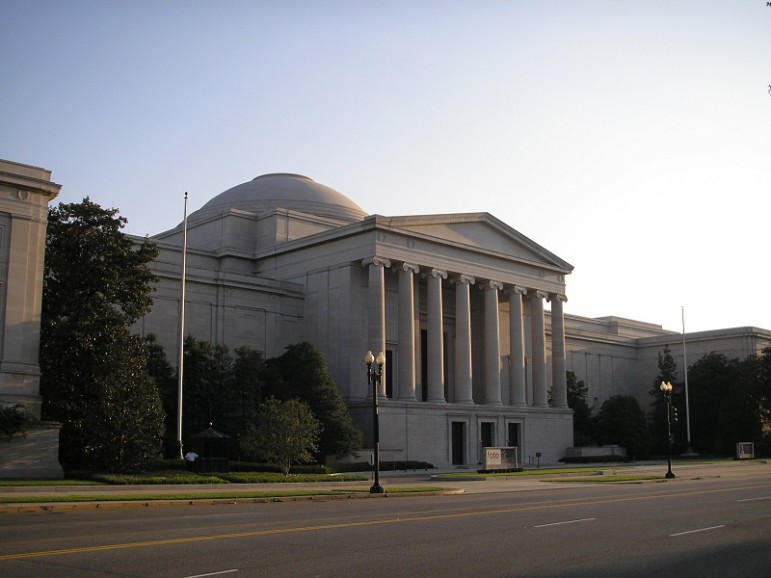 The Mellon Foundation has provided the National Gallery of Art with a $30 million challenge grant in honor of the organization’s 75th anniversary. The grant is a milestone in the foundation’s long support of NGA (totaling $93 million before this latest grant), which opened its doors in 1941 as a gift of both an art collection and an endowment from Andrew W. Mellon.

The grant is intended to solidify and grow four “key program areas: digital programs, education, conservation science, and the NGA’s Center for Advanced Study in the Visual Arts (CASVA).” The challenge grant provides NGA with an initial gift of $15 million, with a mandate to match that gift with $45 million in permanently restricted donations from other individuals and institutions. Once that $45 million is received, Mellon will provide another $15 million, totaling a $75 million investment.

The challenge grant model is increasingly popular with foundations and public institutions looking to make large investments with significant impact on an organization or issue area. The grant structure is designed to encourage philanthropists to join the funder initiating the challenge grant in investing in a particular initiative. Ultimately, these grants are designed to make an investment more sustainable by expanding and diversifying the funder base while increasing the overall amount of the gift.

Nonprofit Quarterly has covered challenge grants in the past, highlighting that these grants can be an incredible tool for organizations to cultivate new donor support and build a strong platform for social initiatives. Still, they must be managed thoughtfully in order to make them successful. Although not the case here, most challenge grants withhold any monies until the matching funds have been attained. This places the onus on the nonprofit to put significant effort into fundraising on behalf of the grant before receiving the funds, with the real possibility that no funds will be received if the fundraising efforts are unsuccessful.

Mellon’s challenge grant structure is different in that it provides a portion of the grant upfront without requiring the challenge funds to be secured first. The first $5 million will be distributed immediately, with $10 million being transferred over the period of time that NGA is raising the matching $45 million.

Earl Powell III, the NGA’s director, thinks the grant will serve as a strong incentive for new and current donors and is confident that the NGA will be able to raise the $45 million in the next five years, as stipulated by the challenge grant. In a statement Thursday, in which he thanked Mellon for its contribution, Powell stated, “Endowment is always difficult. It is the hardest money to raise, and that’s why this is so important. It will stabilize key core programs.” In the five-year period starting in 2011, the NGA raised a total of $121 million, with $22 million in 2015 alone.

While the prominence and size of NGA makes matching funds of this size attainable, the structure of the Mellon grant could serve as a model for funders investing in smaller organizations and initiatives. By providing an organization a portion of the grant monies upfront, Mellon is offering the fuel that the NGA needs to successfully meet the challenge posed by the grant—all while sustaining the programs it is designed to support.—Danielle Holly