One Haunted Museum Gives Up the Ghost 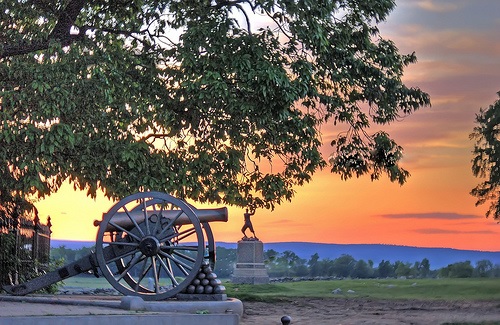 The Soldiers National Museum in Gettysburg, Pennsylvania, will close its doors at the end of the day on November 2nd. The museum, which opened its doors in 1959, has seen a drop in annual visitors from 400,000 to approximately 15,000.

According to this article, the museum would have to invest six figures to become competitive with other local sites such as the Gettysburg National Military Park Museum Visitor Center, the Seminary Ridge Museum at the Lutheran Theological Seminary at Gettysburg, and the Gettysburg Heritage Center.

Following the closure, there will be an auction of museum materials on November 21st and 22nd. The contents include a collection of rare toy soldiers and associated artifacts, a life-size nighttime Confederate encampment scene, Civil War-related mannequins, and several handmade dioramas. It has not been disclosed how much the collection is worth. Nor has it been made clear what will be done about the ghost of Rosa Carmichael, said to haunt the venue. Ms. Carmichael operated an orphanage on the site during the Civil War.

The threats facing the museum in Gettysburg are becoming common for museums across the country as they struggle to remain top of mind in an increasingly competitive field. In May 2014, the Institute of Museum and Library Service (IMLS) estimated that there are 35,144 museums in the United States, which is more than double the estimate from the 1990s.

Among the other threats is the fact that many museums have high fixed costs, which can be difficult if assets and revenues start to drop. Also, during the recession, some took on debt while others saw their endowments wiped out. In Detroit, the Charles H. Wright Museum of African American History and the Detroit Institute of Arts have both been at risk of closure in the past few years, as reported by Nonprofit Quarterly, despite funding from more than a dozen sources. In Delaware, as reported in March, the Delaware Art Museum did the unthinkable by establishing a plan to raise $30 million by selling up to four works of art from its collection to eliminate a $19.8 million debt and replenish its endowment. The selling of art is a frowned-upon measure.

Additionally, more and more museums are adding digital tools to enhance the visitor experience and maintain contact with patrons even when they are offsite. Some other museums are consolidating to maintain a competitive edge, such as the Demuth Museum and the Lancaster Museum of Art in Lancaster, PA. The two entities merged into one nonprofit organization with one board and one staff, but maintained the two locations.

Across the country, challenges facing museums are daunting and often expensive, so while it may be that saving this small site is impossible, it should not go under without this one last look.