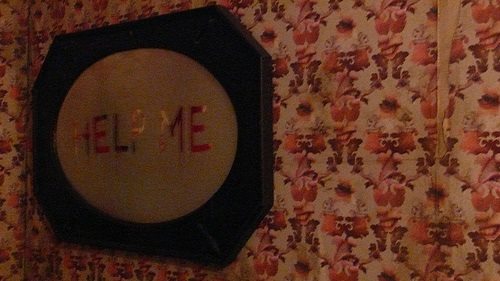 On the East Side of St. Paul, Minnesota, a nonprofit is opening up a shelter for victims of child sex trafficking. The Safe and Sound Shelter, to be run by the youth and family services nonprofit 180 Degrees, will provide 12 beds for girls aged 10 to 17, who will be permitted to stay there for as long as three months while they receive mental health treatment, vocational training, and other services.

At the ceremonial groundbreaking, St. Paul mayor Chris Coleman summarized the public and private intent behind the shelter. “What we have here today is our response as a community to say, ‘We’re not just going to sit back and allow this to happen,’” Coleman said. “‘We’re not going to allow our children to be exploited.’”

It is our impression that the energy within the movement to end human trafficking is coming from the nonprofit sector. Just before Mayor Coleman and Senator Amy Klobuchar (D-MN) took their places at the Safe and Sound groundbreaking, the Denver office of the Federal Bureau of Investigation gave its Director’s Community Leadership Award to the Colorado Springs-based nonprofit Restore Innocence, which runs a safe house for victims of sex trafficking. Restore Innocence’s program model involves one-on-one work with the girls who come to the shelter, including long after they have left, and provides “Restore Bags” of clothing and toiletries for girls who have been rescued from their situations in 37 states.

The progress of groups such as 180 Degrees and Restore Innocence is not simply a story of service provision. Rather, their operations lie at the intersection of service delivery and policy advocacy. Their work leads to public policy changes. From example, Senator Klobuchar has recently introduced legislation in Congress, modeled after Minnesota’s Safe Harbor laws, to ensure that victims of sex trafficking are treated as victims. This year, the Minnesota legislature appropriated $2.8 million for its Safe Harbor program, of which $1 million was designated for additional shelter beds.

The arrest of a south London couple for holding three women in bondage for 30 years highlights the need for legislation as well as service. The UK Home Secretary, Theresa May, says that “the number of victims of slavery has risen 25 percent over the past year.” In an op-ed she wrote for The Telegraph, May proclaimed tackling the problem of human trafficking a “personal priority” and pledged to introduce a Modern Slavery Bill to improve the ability of the police in the UK to eradicate the “disgusting trade in human buildings.”

Klobuchar’s bill, the Stop Exploitation Through Trafficking Act (SETT) has bipartisan sponsorship. The other sponsors are senators John Cornyn (R-TX), Heidi Heitkamp (D-ND), and Mark Kirk (R-IL). This moment of Congressional comity might not last, of course. Earlier this month in Maine, for example, suspicions between Republicans and Democrats exploded to derail strengthened anti-trafficking legislation. Shared Hope International, established by former Republican member of Congress Linda Smith, produces an annual report card grading states on their anti-slavery work. It gave Tennessee, Louisiana, and Washington State grades of “A,” but Pennsylvania, California, Michigan, Maine, South Dakota, and Hawaii grades of “F”.

We believe it is important to point out, in contrast to most of the press coverage and even the legislative efforts focusing on sex trafficking, that there is a continuing problem of labor trafficking. In Calumet City, Illinois, prosecutors recently charged a landlord with holding two of his tenants, a pair of mentally challenged men, in labor bondage. In Lexington, Kentucky, the owners of a Subway restaurant franchise were arrested after a three-month labor trafficking investigation. In Ashland, Ohio, a woman pled guilty to imprisoning a mentally challenged woman and her five-year-old child for manual labor. These cases do not get the level of attention that comes to cases of sex trafficking of young girls. Often, as these stories show, the victims of labor trafficking are frequently persons with mental disabilities.

Hopefully, Klobuchar and her Senate colleagues are working on a bill that will address the shortcomings in police and judicial actions against both sex trafficking and labor trafficking.—Rick Cohen