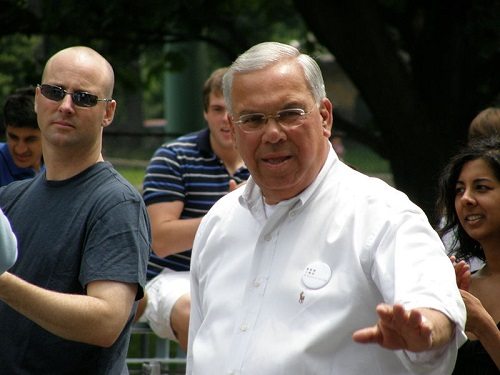 Longtime Atlantic writer James Fallows sees hope in the political firmament of the U.S.—but not in the nation’s capital. It’s city government, he believes, where “the American style of self-government can seem practical-minded, non-ideological, future-oriented, and capable of compromise.” He lauds not only small-city pragmatism, but the power of big-city mayors to get things done, while in Washington, things have ground to a standstill.

Sometimes, when Americans despair about the democratic process, especially when national leaders look uncertain and weak, they turn toward the appearance of executive strength. Tom Menino in Boston, Richard Daley and Rahm Emanuel in Chicago, these are mayors who give fretting Americans a sense of executive competence, notwithstanding some potential objections to what they might be using their executive skills to achieve. As Fallows writes, “Even with their excesses, our big-city mayors have been, like Mussolini, the people who could get things done, while presidents and legislators seem ever more pathetically hamstrung.”

Fallows, however, is taken with the successes of strong mayors in “strong mayor” forms of city government. He cites the turnaround of Duluth, Minnesota, which he says thirty years ago was “like Flint, Michigan, and Gary, Indiana, one of the most distressed.” The turnaround is attributable, he implies, to the skill of Duluth’s mayor Don Ness, elected in 2007 at age 33, at taking advantage of the tools of a strong mayoral system.

Fallows also spends a large portion of his article describing the economic turnaround of Greenville, South Carolina, whose loss of its textile industry has been replaced by investment from big companies responding to its low wage, anti-union culture and the personal leadership of Governor Carroll A. Campbell, who believed that “personal sales calls to recruit businesses from around the world were the most important use of his time.” His story of Greenville’s recovery emphasizes the activities of city officials and city planners in remaking the downtown “more walkably European.”

Ultimately, his paean to Greenville is how it surpassed politics, despite the fact that the county was the last in South Carolina to observe Martin Luther King, Jr. Day, the congressional seat was until recently held by the Heritage Foundation’s Jim DeMint, and one of the city’s most important institutions is Bob Jones University. What overcomes politics? Business—or business couched in the term that Fallows heard over and over again in his visit, public-private partnerships. “Whatever happens here, it has to be about business,” Nancy Whitworth, the city’s director of economic development, told Fallows. “This has always been a business-first town.”

To make his point that the revival of cities with strong mayors (and public-private partnerships) is something beyond politics, he compares Greenville, South Carolina with Burlington, Vermont, which once had socialist Bernie Sanders in the mayor’s seat. “But if you looked at Burlington and Greenville as cities, for their amenities and feel and civic sense, and for the history of public-private interactions behind today’s cityscapes,” Fallows writes, “you would find more similarities than you might expect.” One of them is the mayor of Burlington’s use of the public-private partnership terminology like his Greenville counterparts.

In the end, Fallows believes, “struggle—or cooperation—brought people together, and made things work. The more you see of national politics in this era, the worse you’re likely to feel,” he writes. “The more we see of small cities, the better.”

It would seem that Fallows wore rose-tinted glasses for his article. He could easily have taken a tour of small cities with economies that haven’t turned around despite their strong mayor systems and public-private partnerships. He could have found other cities where the benefits of a turnaround haven’t been shared equitably by their residents. He is right that local government tends to be less ideologically divided than national politics, but increasingly, national politics is filtering downward.

Ensuring that the benefits of Greenville, Duluth, and Burlington are shared takes more than strong mayors and business-oriented partnerships. It takes organizing on the part of community residents who are usually left on the sidelines of economic development. Expecting strong mayors to generate programs and projects with a social justice framework in the absence of community residents organizing for social justice may result in disappointment. –Rick Cohen