If Food Rescue of York County in Maine were faced only with the loss of its contract with the Department of Agriculture, which provided 45 percent of the food it distributed, it might have recovered—but that was just one straw on the back of a larger camel. The repurposing of a local Shaw’s supermarket warehouse facility had already resulted in the loss of another 35 percent, and the group said that when these issues were added to a rocky funding history and the loss in 2013 of free space, it just made sense to close the operation, which distributed more than 1 million pounds of food a year to those in need.

As for the final blow, it flowed from the fact that another nonprofit had been awarded the distribution contract statewide, replacing all of the smaller agencies that had done so as a network. There is no indication in this report about how that network feels about the shift, or why it was made.

Kristine Jenkins, the coalition director for Partners for a Hunger-Free York County, is organizing a group to talk about how communities will handle the loss of the local nonprofit. “Food Rescue’s closing really does represent the end of an era for distribution of completely free food to pantries in Maine,” Jenkins said.

Unlike Food Rescue ($48,000 expense budget in 2014), Good Shepherd Food Bank ($35 million expense budget in 2014) charges to cover its overhead. Bob Dawber of York County Shelter Programs in Alfred said that food pantries pay from 16 cents to a dollar per pound, depending on the type of food, and that those most affected would be the smaller programs like Old Orchard Beach Community Food Bank (2014 expense budget $85,000), which would end up having to raise money to cover those costs.

At Hillside Chapel in Arundel, Food Rescue provided about half the food distributed by the church’s small pantry. “We’re just going to have to get the word out that we need more funding,” Pastor Mark Elliot said. “Once we get to the point where we don’t have enough food, we are going to have to cut back.”—Ruth McCambridge 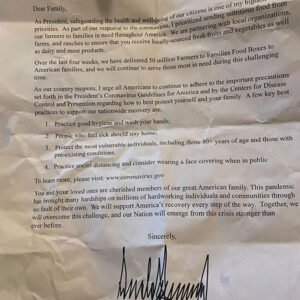