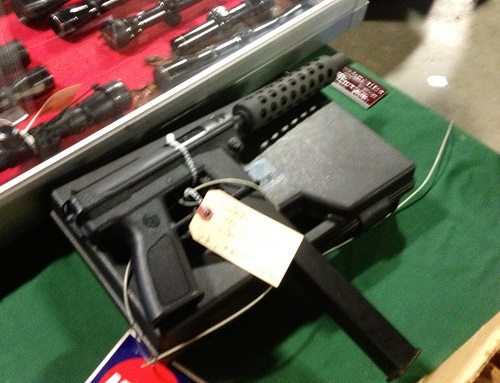 Claiming independence from the White House, Organizing for Action (OFA), the month-old 501(c)(4) born from the campaign infrastructure of President Barack Obama’s successful reelection effort, has launched an online ad campaign advocating for one piece of the president’s gun control agenda: background checks. The ads, which target several Republicans in the House and the Senate but no Democrats, are timed to accompany a “national mobilization” supporting the president’s gun control plan.

This is issue advocacy, not partisan political campaigning, on the part of OFA. There is no campaign going on at the moment and OFA has pledged to steer clear of partisan political work. Nonetheless, for an organization that says it exists to advance President Obama’s legislative agenda, note the selection of universal background checks and the omission of a ban on assault weapons.

Maybe OFA’s exclusion of the assault weapons ban is related to the fact that many Democrats are not supporting the position advanced by the president or Sen. Diane Feinstein (D-Calif.). Several prominent Democratic senators have already announced their skepticism about the ban, if not outright opposition, including Sen. Mark Pryor (D-Ark.), Sen. Max Baucus (D-Mont.), Sen. Jon Tester (D-Mont.), Sen. Mark Begich (D-Alaska), Sen. Heidi Heitkamp (D-N.D.), Sen. Joe Manchin (D-W.Va.), Sen. Joe Donnelly (D-Ind.), and Sen. Angus King of Maine (who is an Independent but who caucuses with the Democrats). In addition, Senate Majority Leader Harry Reid (D-Nev.) has been unenthusiastic about pushing the assault weapons ban part of the package.

There’s no question that OFA is going to be close to the Obama administration given that it is directed and staffed by Obama apparatchiki. But the test of its independence is going to be whether it moves beyond the White House to pressure Republicans and Democrats to promote progressive policies.—Rick Cohen