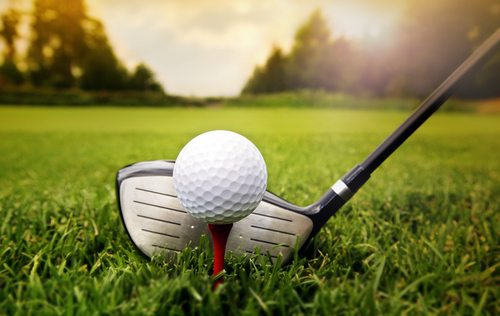 Something tells us that Dan Snyder’s attempt to buy his way into the good graces of people who might be put off by the name of his National Football League team isn’t working the way he thought. This past week, the golf tournament fundraising event to be sponsored by the Washington Redskins Original Americans Foundation ran into some trouble with some real “original Americans.” One of the sponsors of the charity golf tournament, the nonprofit National Indian Gaming Association, pulled its sponsorship, according to a report in USA Today, “after learning that the Redskins foundation was involved in the same event.”

“It hurts my heart to have to say that word”—the one attached to the Washington football team, that is—said the association’s chairman, Ernest Stevens, to USA Today Sports. He added that he felt the new Snyder foundation was “a blatant attempt to buy out [of] the issue.”

Following the withdrawal of the Association as a sponsor, the Notah Begay III Foundation also pulled out of the event. A Navajo, Isleta Pueblo, and San Felipe Pueblo who is a four-time PGA tour winner, Begay is a golf icon among Native Americans.

On the surface, it isn’t immediately obvious how the Association and the NB3 Foundation wouldn’t have known that Snyder’s team and its sui generis foundation hadn’t been involved, since the event was apparently titled “The Washington Redskins Original Americans Foundation 1st Annual KTNN Celebrity Golf Tournament,” but it seems like the team’s role wasn’t really revealed until just about a day or two before the event. Crystal Echo Hawk, the executive director of the NBE Foundation, said she had been approached by radio station KTNN in February to have the foundation donate some golf equipment for a silent auction for the tournament, whose proceeds would support scholarships for Native American students. Echo Hawk, a Pawnee, indicated that she hadn’t been told until last Friday that Snyder’s team or his new foundation was involved in the event. A report in Indian Country Today confirms that neither the Gaming Association nor the NB3 Foundation were told of the Original Americans Foundation’s involvement in the tournament when first approached by KTNN.

“I find it underhanded and despicable that the Washington football team would co-opt this event,” Echo Hawk told USA Today Sports. “As soon as we found out about their involvement, we withdrew our support.” The foundation issued a statement that explained that it doesn’t condone the use of the derogatory name for Snyder’s Washington, D.C. franchise, nor his creation of the Original Americans Foundation.

Despite the sponsorship withdrawals, Indian Country Today reported that Michelle Morris, the executive assistant to Navajo Nation President Ben Shelley, was actively recruiting support of the tournament from Navajo Nation Division Directors (appointed by the Navajo Nation president), even though the Navajo Nation council earlier in the week voted 9 to 2 to oppose the use of the name “Redskins.”

In our past coverage of the controversy over the offensive name of the Washington NFL franchise, we conveyed a deep discomfort with the strategy clearly being employed by Snyder to, in essence, buy his way out of the controversy by creating a foundation ostensibly to support Native Americans and then attach his team’s derogatory name to it. If the reporting from USA Today and Indian Country Today are correct, what makes it more disturbing is the underhanded way that the Snyder team/foundation role in the KTNN golf tournament was implemented. This strategy is not unknown. You soft-pedal the involvement of the objectionable entity until it is almost too late for other participants or sponsors to withdraw without costing the intended beneficiaries, in this case, Native American students, some of the charitable benefits. While it is difficult to know what the NB3 Foundation and the Native American Gaming Association ended up contributing to the tournament, neither was stopped from standing up against and calling out the Snyder strategy.

The other part of this story that is quite troubling, however, involves the participation of the Navajo Nation itself, the largest Native American nation in the United States. Jacqueline Keeler, the founder of Eradicating Offensive Native Mascotry (EONM), wrote a very telling comment in Indian Country Today:

“It is unfortunate the Navajo Nation administration of Ben Shelly is so out of step with the Navajo people, particularly the young people, regarding this issue. Obviously, offensive cultural appropriation done by non-Native fans of Native Mascots does not generally include Navajo culture. We do not see them performing Sand Paintings at halftime or dressed like Yeii, but we should understand that most Americans are unable to differentiate between tribes enough to understand that and that Navajo children, two-thirds of whom live off the reservation, are subjected to these ignorant ideas about who they are as Native Americans.”

If Snyder thinks that he is pulling the wool over the eyes of the public, he’s mistaken. If his PR advisors think that that the creation of an artificial, instant foundation and then sneakily attaching it to a Navajo golf tournament is a good strategy, he might want to hire new advisors. But where is institutional philanthropy on this? Why haven’t we heard from other philanthropic entities nationally, or even in the Washington, D.C. metropolitan area where Snyder’s NFL team plays, to condemn the use of ersatz philanthropy to buy good press for a racially derogatory team name and mascot?—Rick Cohen