Overcoming the Limits of Nonprofit Advocacy on Budget and Tax Issues 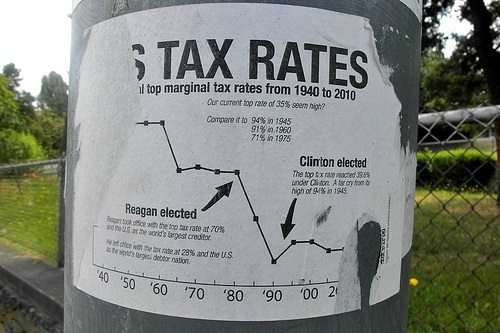 This article was first published online on March 19, 2013.

Last December, a debate erupted in Washington, D.C., over the appropriate position of the nonprofit sector on the fiscal cliff. The debate occurred after the Obama administration asked charitable leaders to back its position on increasing taxes on the very wealthy.

A few organizations decided to back the president’s request, at least in general terms, including Independent Sector, the National Committee for Responsive Philanthropy (NCRP), the Association of Public and Land-Grant Universities, and Catholic Charities USA. The guarded nature of some of this support was evident, however, in a statement provided by Independent Sector, one of the nation’s leading coalitions of nonprofit organizations, which cautiously supported “a modest tax increase on the 2 percent of Americans who can most afford it.”

Even this was more than many large, mainstream nonprofits could support. Organizations such as United Way Worldwide, the Jewish Federations of North America, the National Association of Independent Colleges and Universities, and many others refused to back the president’s position, arguing that they did not want to wade into what they considered a partisan political dispute. Most of their efforts were focused instead on opposing a potential limit on the deductibility of charitable contributions by high-income donors.

This narrow focus on the charitable deduction drew criticism from some in the nonprofit community, including Aaron Dorfman at NCRP. “Policies that incentivize charitable giving are important,” he wrote, “but nonprofits should be far more concerned about several other elements of the fiscal cliff negotiations. Our number one priority should be to raise tax rates on the wealthy by allowing the Bush tax cuts to expire for Americans earning more than $250,000 per year. We should also seek to prevent cuts to vital programs that serve poor and elderly Americans and to secure strategic investments that stimulate the economy and create jobs.”

Dorfman is right. According to the National Center for Charitable Statistics, public charities that filed annual 990 forms with the IRS in 2010 derived about a third (32.2 percent) of their revenue from government sources, including grants and fees for service from government sources, such as Medicare and Medicaid. By comparison, these same charities drew 13.3 percent of their funding from private contributions.

A separate 2010 Urban Institute study of human service nonprofits found an even higher level of dependence on public funding among these groups. It found that, in 2009, these organizations received over $100 billion in grants and contracts, including grants to operate homeless shelters, food banks, child care centers, Head Start centers, and similar programs. Among organizations that received this funding, it accounted for over 65 percent of total revenues.

It is clear from these numbers that large swaths of the nonprofit sector are substantially dependent upon government funding. They have a clear stake in the budget debates now swirling in Washington. So why the disconnect? Why are most major mainstream nonprofit organizations choosing not to engage on the broader set of budgetary issues, including many organizations whose primary purpose is serving the poor and disadvantaged? There are several reasons, most of which reflect inherent limitations in nonprofit advocacy and in nonprofit organizations themselves.

One can be traced to nonprofit boards, which are often disproportionately populated with wealthy donors and/or corporate representatives. In a 2010 report, the Johns Hopkins University Listening Post Project asked a number of nonprofit leaders about the challenges of nonprofit advocacy. The report quoted the late Peter Goldberg, former CEO of the Alliance for Children and Families, who said, “The composition of boards has changed very dramatically in the last 15 years. There is much more business involvement in order to go after private and corporate funding, and now it’s causing some potentially serious dilemmas on the advocacy front, because the agencies may want to take advocacy positions with respect to the role of government and government funding that can oftentimes be at variance with the generally held positions of the business community that their board members represent.”

Boards are not the only barrier, though. Another is a general lack of resources needed to hire dedicated policy staff, something that only the largest nonprofits can afford. According to another survey conducted by my organization (the Center for Effective Government, formerly OMB Watch), limited financial resources and limited staff or volunteer skills were two of the top three barriers to advocacy cited by nonprofit leaders.

Individual nonprofits work to overcome these barriers, however, by joining national and state nonprofit associations. Such associations allow nonprofits to broadly share the costs of advocacy while at the same time magnifying their collective voice. While these associations heighten the advocacy powers of the charitable sector, however, they possess significant limitations of their own.

One is the need for consensus-based decision making. Most associations determine their advocacy positions either at the board level or in public policy committees that are made up of member organizations. Usually these decisions are made by consensus or something near consensus. Such consensus is necessary to ensure the long-term health of the organization. Associations that too often take positions that divide their own memberships are not likely to remain viable for long.

Consensus-based decision making, however, is extremely limiting, and it is one of the most important reasons why nonprofit sector-based associations find it so difficult to engage on budgetary issues. Such issues, by their very nature, tend to be highly partisan. Republicans and Democrats possess sharply divergent views on the appropriate role of government and on appropriate spending and revenue priorities. The divisive nature of these issues makes it extremely difficult for mainstream national organizations to take positions because almost any position would offend some portion of their own memberships, or at least make them very uncomfortable.

This is why most of these organizations remain silent on the larger budget issues, preferring instead to limit themselves to very narrow appropriations issues that affect them directly. It also explains the prominence of the charitable deduction as the sector’s top budget issue.

Is preserving the maximum deductibility of charitable contributions by the nation’s wealthiest donors really the most important budget issue facing the nonprofit sector? No. Is it one where the sector can achieve consensus relatively easily? Yes.

But where does that leave us? Do these organizational limitations mean that nothing more can be done to engage the nonprofit sector on budget issues more broadly? Must one of the most important voices for the common good be largely silent?

The answer is no, but change will be needed. First, local nonprofit organizations must start by looking inward. They must make a concerted effort to stock their boards with individuals who will challenge them to go beyond their own narrow organizational self-interests, put their missions first, and take positions on potentially controversial national and state budget and tax issues. This is something Peter Goldberg labeled “mission-based advocacy.” It is an important first step.

And finally, progressive nonprofit organizations that are able to take stronger positions should consider joining additional national organizations whose goals are more expressly aligned with their own, including on the federal budget. One such organization is the Coalition on Human Needs, an organization I once worked for and whose impact on national issues belies its small size. Indeed, it is one of the nation’s leaders on budget issues, particularly through its Save for All Campaign.

The nonprofit sector is too vital to our democracy to remain silent on budget issues or any of the other major issues facing this nation. In the case of the federal budget, increased engagement by the nonprofit sector could spell the difference between strong investments in a vibrant future and cuts and austerity that short-change that future.

Sector-wide organizations are important contributors to the national debate, but they are not the only contributors, nor should they be. A strong nonprofit sector must sing with a more diverse chorus of voices on a more diverse set of issues, not a narrow but “safe” agenda that does too little to promote the common good.

Patrick Lester is the director of fiscal policy at the Center for Effective Government.